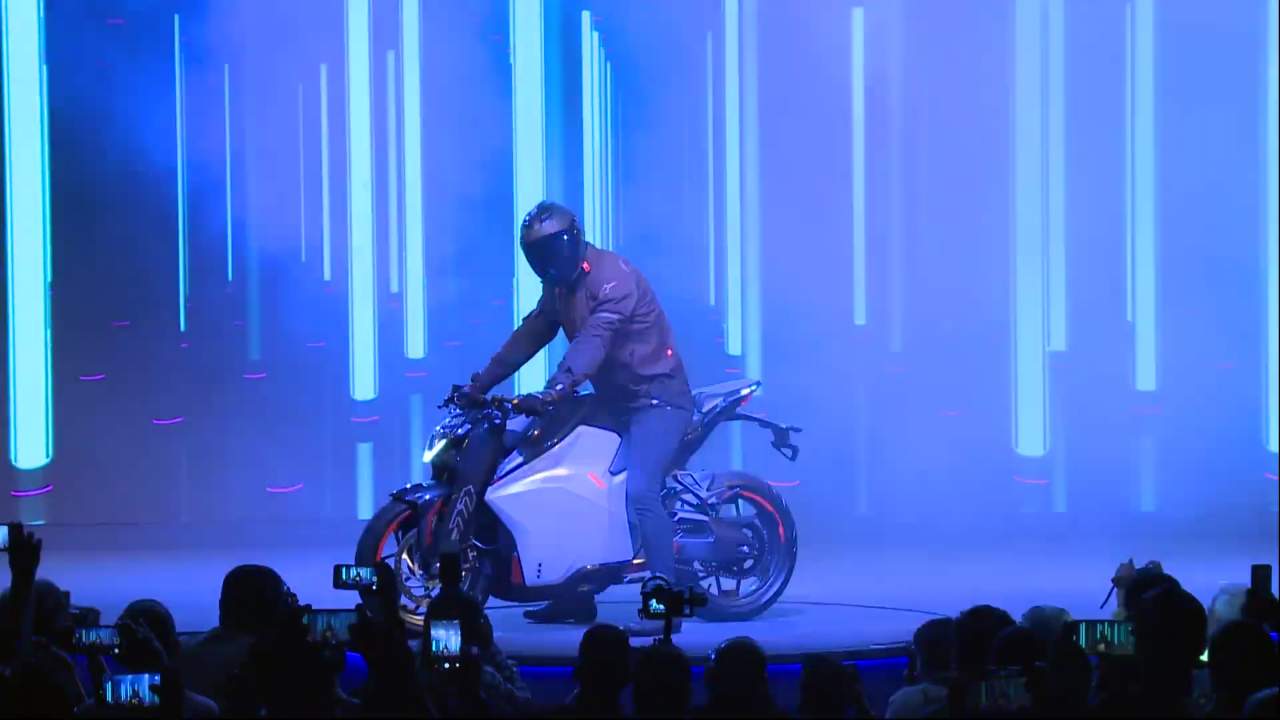 It has been announced officially in India today

While well-established foreign automakers such as Hyundai and MG Motor have been busy bringing in large electric cars into the country, Indian startups have been working on home-grown electric motorcycles. Roughly five months after the official unveiling of the Revolt RV400 electric motorcycle, Bengaluru-based Ultraviolette Automotive has announced an all-electric sports motorcycle called the F77. Set to go on sale in the third quarter of 2020, the Ultraviolette F77 will be available in three variants at a starting price of Rs 3 lakh (on-road).

The Ultraviolette F77 is powered by a 25kW brushless DC electric motor that delivers up to 450Nm of torque. Complementing the motor is a 4.2kWh lithium-ion battery that’s good for a claimed range of up to 150 kilometres on a single charge. According to the EV-maker, the motorcycle’s removable battery can be charged from 0 to 80 per cent in three hours, using the standard charger, and in fifty minutes using the fast charger. The battery pack has a rugged build, a grab handle for portability, and a bi-directional CCS Type-2 charging port.

The Ultraviolette F77 can go from 0 to 60 kilometres per hour in 2.92 seconds, and from 0 to 100 kilometres per hour in 7.03 seconds. It has a top speed of 147 kilometres per hour. The motorcycle’s ignition and on-board software are managed by an app on the user’s smartphone. The F77 is capable of receiving over-the-air firmware updates. In addition, the app allows the user to customise their motorcycle and retrieve riding data from it. The F77 features disc brakes on both wheels with a dual-channel anti-lock braking system. It’s also equipped with three driving modes, namely Eco, Sport, and Insane.

In related news, Indian automaker Revolt announced the RV400 in June this year. The Revolt RV400 is limited to a maximum speed of 85 kilometres per hour but has a slightly higher ARAI-certified range of 156 kilometres. While it’s not exactly a sport motorcycle in the way the F77 is, the RV400 expected to sell at a third of the F77’s expected starting price. The Ultraviolette F77 is expected to go on sale first in Bengaluru in the third quarter of next year.