Toyota to use Nvidia's Drive PX technology for its autonomous cars

This begins Toyota's quest for rolling out autonomous production cars by 2020. 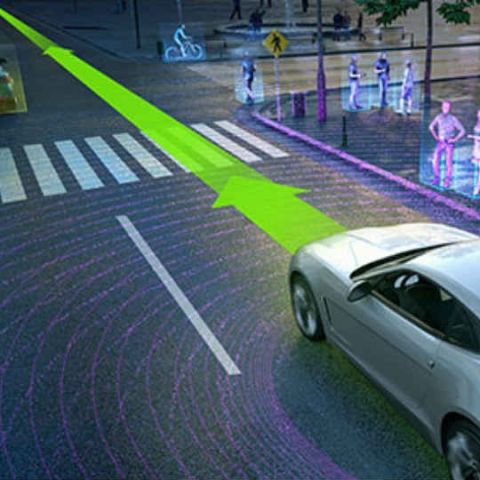 Japanese car maker Toyota has reportedly partnered with Nvidia for powering the technology in its upcoming autonomous vehicles. The company has remained relatively quiet about its own self-driving cars, but a number of companies including Apple have been known to be using its vehicles (under sub-brand Lexus) for autonomous car tests. While Toyota has been rolling out more intuitive technology in its cars, it was yet to truly focus on developing fully autonomous cars.

As of now, the technology under Toyota's production cars include adaptive cruise control and pedestrian detection (as seen in the upmarket Lexus cars), which are semi-autonomous technologies that give partial autonomy to the cars. The company has chosen to partner with a technology company sourcing the hardware and algorithms required for autonomous operations, rather than develop its own in-house technology for the same. The world of automobile is seemingly divided on the universal strategy to be adapted for autonomous vehicles - while the likes of Hyundai is developing its own self-driving technology, many others are opting to partner with technology giants to bring autonomy to its cars.

Nvidia uses its GPU technology in cars to provide autonomous steering, cruising, high definition mapping and deep learning algorithms to process routes, learn driving habits and even identify obstacles. Its latest Drive PX 2 platform is based on the Nvidia Tegra GPU and brings automated driving on the highway, along with using GPS modules on a high definition map to locate the car and identify routes. It also combines data from a range of hardware including sensors and 360-degree cameras to automate the driving process. Depending on the range of autonomy needed in a car, Nvidia’s Drive PX 2 platform employs anything between a low power, passively cooled mobile processor and a heavy-performance unit comprising two mobile processors and two GPUs that the company claims can provide “24 trillion deep learning operations per second”. With this, Nvidia claims it can power fully autonomous driving, and not just adaptive lane-recognising highway driving. The company has already announced partnerships with Mercedes-Benz and Audi, for the same.

The common deadline that most companies are targeting to roll out autonomous cars (and even autonomous flying cars) is the year 2020, which makes the next three years mighty interesting. It remains to see how Toyota prepares for its autonomous cars - with most governments supporting ground testing of the new technology, we may soon see Nvidia-powered Toyota cars roaming around the streets, soon.