Toyota Entune 3.0 infotainment platform will have its own internet connection 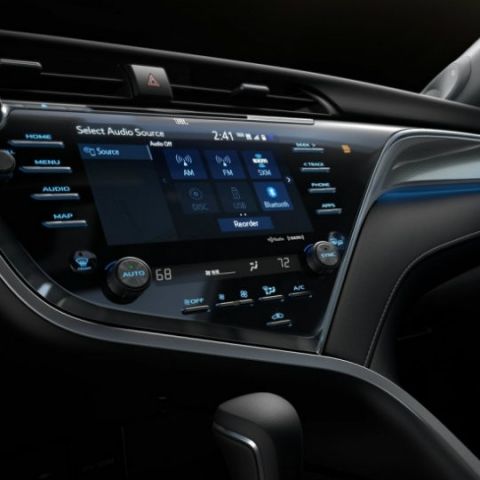 The platform will also be shared by Toyota with Mazda, and the internet connection will be used to deliver new apps and OTA updates to users.

We have spoken earlier about Toyota partnering with Linux for its new in-car infotainment platform, Entune 3.0, built on Automotive Grade Linux's Unified Code Base 3.0. Recent word coming from the industry states that Toyota is now partnering with Mazda to share its Entune 3.0 platform, to enhance the software development process for the new infotainment system. While such collaborations will be seen more often, one key takeaway from here is how Entune 3.0 will work.

Among the common features of the infotainment system, Entune 3.0 will come with one key aspect that we expect to see more frequently in more cars, going forward. Toyota's infotainment platform will come with its own Wi-Fi hotspot, which utilises a built-in cellular network in the car to deliver updates, patches and new apps for the infotainment system. This connection will work independently, meaning that users will no longer need to provide external Wi-Fi hotspot connections from their phones to access the car's connectivity features.

Additionally, Entune 3.0's Wi-Fi hotspot can accommodate up to five devices at one time, which will allow the car's passengers to synchronise their mobile devices to the system, wirelessly. The Entune 3.0 platform will make the best of Linux's open source code base to include support for a wide range of mobile applications. Mazda will be taking the key underpinnings and provide its software expertise to Toyota, but the infotainment systems for the two companies will look considerably different.

With the entire automotive world making a move towards connected and advanced in-car technology, Automotive Grade Linux is expected to play a key role in unifying the platforms used in car infotainment systems, while providing wide freedom to customise features, interfaces and services. Integrated connectivity is also set to become standard, and companies should eventually move towards getting always connected systems, even in mainstream cars. The Toyota Entune 3.0 infotainment system will premiere in the 2018 Toyota Camry.

Interestingly, the Japanese carmaker has left Android Auto and Apple CarPlay out of its features list, and is focusing on support for native apps instead of phone mirroring.