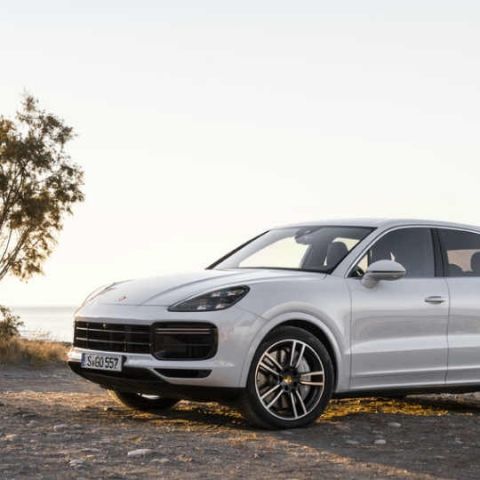 The new Porsche Cayenne Turbo is powered by a 4-litre twin-turbo V8 that produces 550bhp and 770Nm torque, and is paired with features like adaptive roof spoiler, rear-axle steering, Porsche Advanced Cockpit display and more.

Porsche India is gearing up for the launch of its new, third generation Cayenne, with bookings for the Porsche Cayenne Turbo opening across Porsche Centres in India today. The third generation Cayenne will bring a facelift, along with upgrades in its equipment, technology and powertrain. It is powered by a four-litre V8 twin-turbocharged engine that now produces 550bhp and 770Nm of torque, as against the 4.5-litre V8 biturbo in the previous Cayenne Turbo S that produced 520bhp and 720Nm torque. Acceleration figures are at 4.1 seconds for 0-100kmph (and 3.9 seconds with the Sports Chrono pack) in the third generation Cayenne, as opposed to the 5.0 seconds of the previous generation one. The new Cayenne can also reach up to 286kmph, while the previous Cayenne managed only 275kmph.

As with the new generation Porsche engines, the turbos are placed inside the V arrangement of the engine's cylinders to minimise engine lag. Porsche also states that this 'compact' construction of the engine has allowed it to be mounted lower, which in turn lowers the centre of gravity of the entire car, and in turn, aid handling and car dynamics. New to the third generation Cayenne Turbo is an 'adaptive roof spoiler' that forms one of the components of the car's active aerodynamic adjustments to increase downforce down straight lines, and increase stability and composure in turns. This, Porsche says, has reduced the 250-0kmph braking distance by two full metres, which sounds potentially life-saving. There's also something called 'Porsche Surface Coated Brakes' as standard, which is good because I'm sure it would have cost as much as a hatchback had it been an option. 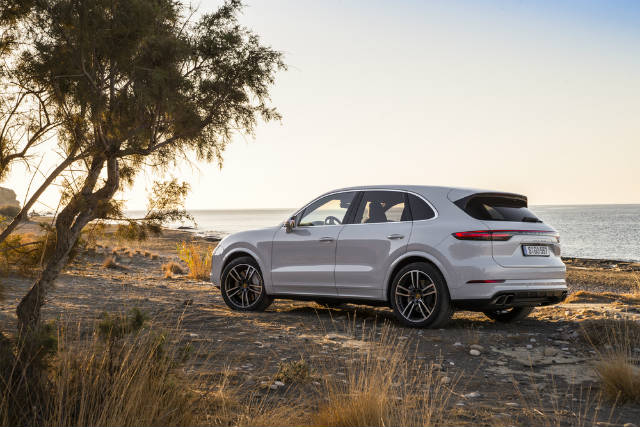 Other wizardry include the Porsche Advanced Cockpit HD displays that manage infotainment, connectivity, car dynamics and semi-autonomous tech. While Porsche hasn't mentioned the full list, we expect lane assistance, collision mitigation, blind spot monitoring, semi-automatic parking and adaptive cruise control as standard on the Turbo S, all of which should be controlled via the Advanced Cockpit. You also get a 710W Bose surround sound system, 18-way electronically-adjustable sport seats with multifunction sport steering wheel and all the alcantara and leather you can have on the inside. Outside, you get upgraded LED headlamps, 21-inch Turbo alloys, and twin tail exhausts that Porsche states is "specific to the Turbo (to) characterise the top-of-the-range model".

The new Cayenne Turbo also gets the 911's rear-axle steering, three-chamber adaptive air suspension and active roll stabilisation to refine ride quality as per terrain and other conditions. The new, redesigned third generation Porsche Cayenne Turbo is now available for orders across Porsche Centres in India, so if you just won a lottery and didn't know where to stash the moolah, you know where to go. The cars will start reaching showrooms from June, and is priced at Rs. 1.92 crore (ex-showroom, pan-India) without any customisations.