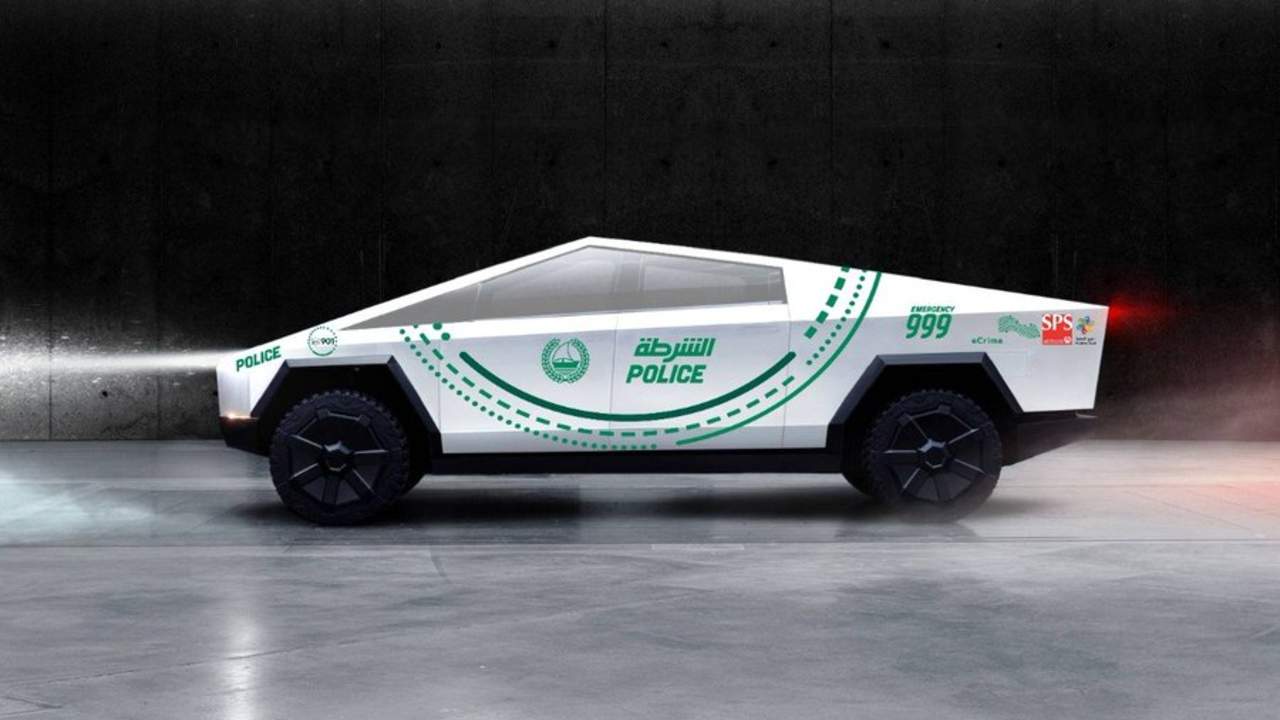 Everybody knows that the Dubai police force has some of the coolest, most expensive luxury and high-performance cars in its fleet. It’s why it comes as no surprise to us that it could get the recently unveiled Tesla Cybertruck when it goes on sale in late 2021. Dubai Police, which recently added a Mercedes-AMG GT 63 S to its fleet, hinted that they might acquire a Tesla Cybertruck on their official Twitter account by posting an image of it with the force’s green-white livery.

The Tesla Cybertruck is set to go on sale in late 2021 but Dubai Police’s tweet reads simply, “#CyberTruck Dubai Police - 2020” with a Photoshopped image of Tesla’s new all-electric pickup truck. The truck in the image sports the force’s official green-white livery. Apart from that one indicative tweet, Dubai Police have not sent out any official confirmation on the early acquisition of the Cybertruck from Tesla. For this reason, we feel the force could well have cashed in on the trend last week by posting that eye-grabbing image.

The Dubai police force deploys several high-performance cars in tourist areas in part for promotional purposes. If the Dubai police force does indeed incorporate the new Tesla Cybertruck—whenever that is—the EV will join the fleet of supercars that includes models like the Aston Martin One-77, Nissan GT-R, Pagani Huayra, Ferrari LaFerrari, Rolls-Royce Wraith, and BMW i8. According to a recent press release sent out by the Dubai police force, the most recent car to join its fleet was the Mercedes-AMG GT 63 S. Powered by a V8 4.0-litre twin-turbo petrol motor, the GT 63 S can do 0-100 in 3.2 seconds and reach a top speed of 315 kilometres per hour.

Currently available for pre-order, the Tesla Cybertruck is an electric pickup truck with up to three motors on board. The top-of-the-line tri-motor all-wheel-drive variant costs $69,900 (Rs 50.17 lakh approx). It has a driving range of over 800 kilometres and can do 0-100 kilometres per hour in under 2.9 seconds. According to Tesla, the Cybertruck can supply power to power tools without needing a portable generator. It also packs an air compressor for pneumatic tools. Optional cabin features include bulletproofed doors and windows along with complete cabin pressurisation for amphibious use.