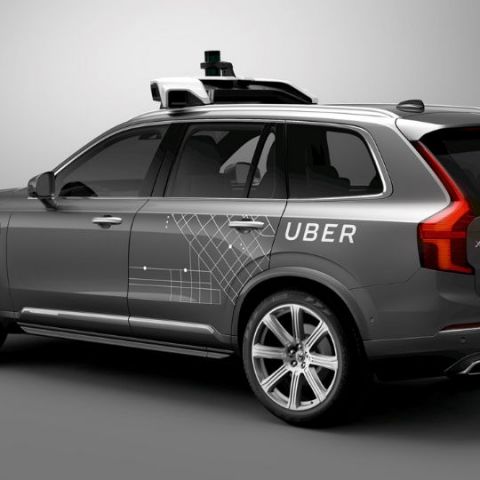 The biggest CES 2018 announcements have started rolling out, and the first of such announcements involve Uber and Nvidia. The ride-sharing service's efforts to develop its own self-driving fleet of cars and trucks have been quite well-known (for all the right and wrong reasons alike), and now, the company has declared a partnership with Nvidia to use its technology platform.

Nvidia, like Intel, are one of the few technology giants that presently manufacture the main controller board for autonomous cars. These boards process all the data streamed in from the barrage of sensors that self-driving cars come equipped with, and form the hub of decision-making for AI-enabled cars. Nvidia's Drive PX platform has been one of the most notable ones being used across the industry in advanced cars, and companies like Toyota, ZF and others are already using the Drive PX platform for advanced tests in assisted and autonomous vehicles.

Uber presently has a fleet of Volvo XC90 SUVs operating as self-driving experiments in the USA. The company will equip this fleet with Nvidia's latest generation of the Drive PX platform, Pegasus, and also use the same technology to power its self-driving trucks. This will help Uber standardise the self-driving mechanism, and also collect a diverse range of on-road data to evolve the technology further. Nvidia's latest technologies are on show at the Consumer Electronics Show 2018. Stay tuned as we bring you the latest of technology in automobiles from Las Vegas.