The premier thinktank of the Indian government has suggested setting up a battery plant and using fuel tax revenues to set up charging stations across the nation. 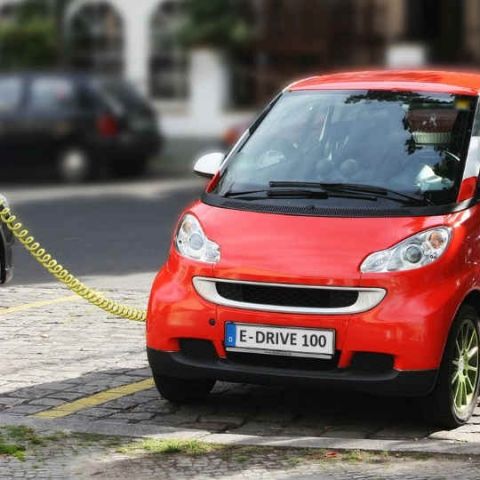 Some time ago, a report cited the Indian government's intention to shift to electric vehicles. The government was reportedly in talks with car makers to explore the viability of leasing electric vehicles and setting up proper supporting infrastructure to promote the use of clean energy vehicles, and shift to EVs completely in about 15 years.

A more recent report by Reuters states that the National Institution for Transforming India, NITI Aayog has furbished a 'Transformative Mobility Solution for India' report to the government, which talks solely about promoting electric vehicles in the country. The 90-page draft report is designed to rework India's automobile industry, incentivising electric vehicles, setting up battery plants and using the tax revenue generated from sales of petrol and diesel vehicles to set up necessary infrastructure for supporting electric vehicles.

The report discourages extensive usage of fossil fuels, which takes the focus away from conventional cars that are in action right now. The Indian automobile market is one of the biggest in the world right now, and more carmakers like Lexus and KIA are entering Indian shores. With plans for electrifying the Indian auto industry, the Indian government may pave way for the likes of Tesla and EVs by Volkswagen, Mercedes-Benz and others to make their way to Indian soil. The government policies presently provide incentives to hybrid vehicles and offer tax benefits in the country.

The main hurdle for promotion of electric vehicles in India is regular charging stations. Mahindra, the Indian carmaker, is pretty much the sole EV seller in India with its e2o and e-Verito, alongside the much fancier BMW i8. With the government in talks regarding setting up battery plants and the necessary infrastructure, Indian carmakers may soon need to move away from petrol- and diesel-powered cars, which in turn would require heavy investments from the companies. "There has been a resistance from car makers (about this)," a government source is said to have told Reuters.

The electrification process is still some time from beginning, and the latest NITI Aayog report is expected to be released to the public later this week. While there are understandable cost hurdles in the path of electrification, there are tangible benefits as well, in the long run, which the government of India will hope to reap in.