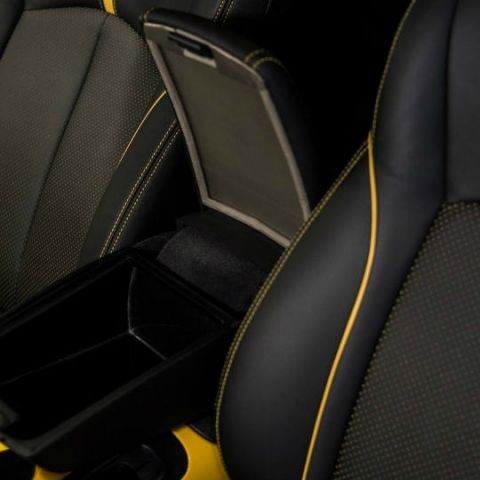 With the Signal Shield, Nissan wants to remove on-road distraction by providing a no-signal box for cellphones to be kept.

Nissan's Great Britain division has introduced a new technology called Signal Shield, aimed at improving on-road safety. Still in concept stage, the Signal Shield is essentially a box placed right beside the driver's armrest. It uses a Faraday cage, made of network-intercepting wire mesh to prevent a smartphone from retaining network connectivity, once the device is placed inside the box. The mesh, made of conductive material, receives any electromagnetic signal and routes it across the box, thereby preventing the phone from accessing any network.

The concept dates back to scientist Michael Faraday's invention from back in 1830, on whom the Faraday cage is named. Nissan states that the Signal Shield box will allow drivers wired connectivity to charge devices and/or playing music on the go, but prevent all wireless networks from operating. To regain connectivity in case of emergency, drivers will need to open the lid of the box, which Nissan states can be done without taking the eyes off the road. The Signal Shield is a manual Airplane Mode of sorts, that prevents any network-based operation but keeps the phone powered on and ready for wired connectivity via USB channels.

The move comes from Nissan as reports concerning distracted driving and heavier cellphone usage are on the constant rise. With the large number of notifications that everyone receives on smartphones every day, road safety divisions are increasingly focusing on providing a way to prevent notifications and decrease distractions while driving. Samsung recently introduced a mobile application, named In-Traffic Reply, which prevents phone calls from connecting when on the go. The app uses GPS data to detect when a person is on the move, and automatically impose restrictions.

Nissan has not yet revealed when this technology will make its way to production cars, but we do expect to see them in production variants soon.