The company says that the sensor technology will then be made available across its line-up of cars within two generations, after that. 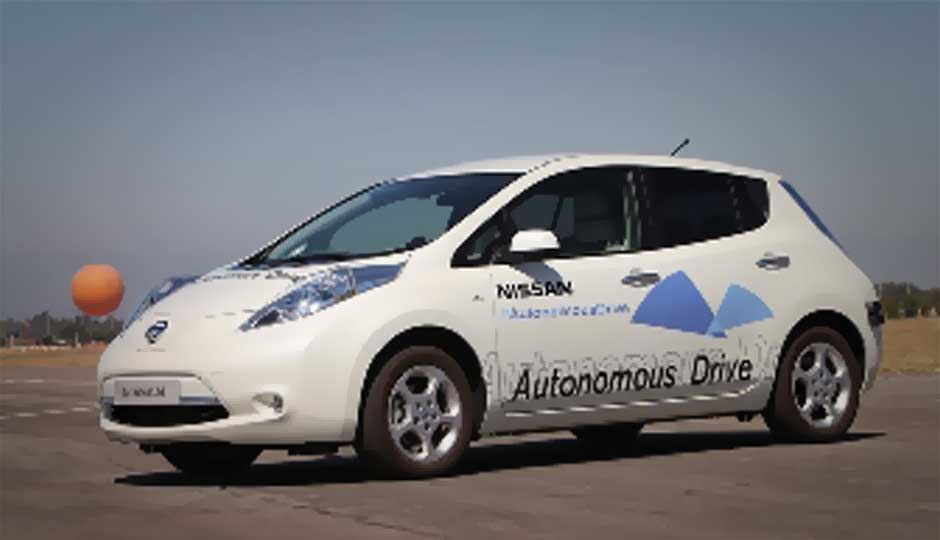 Not hitching a ride on Google’s attempts at making a self-driving vehicle, Japanese automaker Nissan has pledged that it will be able to offer affordable self-driving vehicles to customers by the year 2020. Additionally, the company says that the same technology will also be made available to all other models in the line-up within the next two generation updates. At the moment, the Nissan Leaf is the self-drive vehicle, but that line-up will also be expanded to add new cars.

The company says its engineers have been working with 23 of the top universities and institutions around the world, including MIT, Stanford, Carnegie Mellon, Oxford and The University of Tokyo.

"Nissan Motor Co. pledges that we will be ready to bring multiple affordable, energy efficient, fully autonomous-driving vehicles to the market by 2020.", says Executive Vice President, Andy Palmer, at the Nissan 360 event in California.

Nissan Leaf - the current self-driving car from Nissan. The company says more models will be added to this line-up closer to commercial availability.

Unlike Google’s vehicle, Nissan’s vehicle uses laser guidance systems, radar sensors and cameras to drive around the typical obstacles in town, which include pedestrians and other vehicles in the vicinity. You can see the vehicle driving on the track in the video here.

At the moment, more and more vehicles globally are packing in technology like cruise-control systems that will automatically maintain consistent speed and even slow down or speed up to maintain a safe distance behind car in front. There are also automatic brake systems that will automatically slow down or completely stop a car to avoid a collision with the vehicle ahead. Third, there are lane change management systems that notify the driver in case of an unnoticed lane drift.