New Mahindra KUV100 to get electric variant in 2018 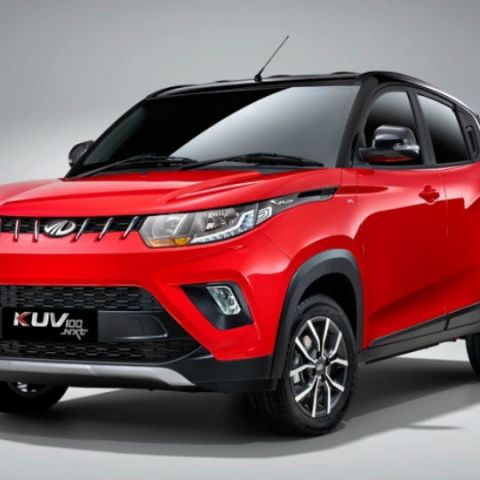 This will be Mahindra’s third electric vehicle, joining the ranks of e-Verito and e2o in India.

Mahindra & Mahindra has stated that the KUV100 will get an all-electric variant by next year. The announcement was made at the launch of the new Mahindra KUV100 NXT, where the company's Managing Director Pawan Goenka stated that M&M intends to have an all-electric variant for all of its SUVs and crossovers, in future. This move towards electrification of the entire lineup will begin with the KUV100 EV, which will roll out by end-2018.

M&M presently has the unique position of being the only Indian automaker with multiple production EVs plying in the country. Earlier this year, the company rolled out its second generation roadmap for electric vehicles, and aims to captialise on its headstart with electric cars in the country. All-electric are set to gain gradual popularity in the country as more electric charging stations are added for quick recharges, and as the pricing of the EVs normalise. Presently, obstacles like the lack of nationwide charging infrastructure for such, coupled with the high cost of producing high density batteries and the paucity of options in the EV segment have seen very restricted adoption of all-electric vehicles.

The company expects prices of all-electric cars to drop by 20 percent over the next two years, as localisation of the battery production facility occurs. Alongside, the government is also putting more emphasis on electric vehicles, with the Energy Efficiency Services Ltd., operated under the Ministry of Power, having placed the first order for 10,000 electric vehicles to be supplied for the Indian government's fleet by next year. Tata Motors and M&M, the two Indian carmakers, have bagged the deal between each other. Such adoption, coupled with the higher amount of features in present and future cars is leading to a more mature Indian auto market, and it is this that Mahindra wants to target with an exhaustive electric vehicle portfolio, when it finally hits mainstream adoption in India.