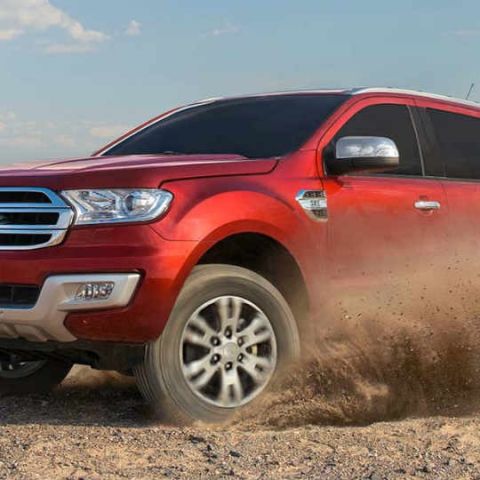 The new variant of Ford's premium SUV, the Ford Endeavour features active noise cancellation in its cabin, along with an 8-inch Ford SYNC 3 infotainment setup.

Ford India has added a new variant to its premium SUV, the Ford Endeavour. The new variant comes with a 2.2-litre, four-cylinder Duratorq TDCi engine that produces 163bhp and 385Nm of torque, paired with a six-speed automatic gearbox. Alongside the new, smaller engine, Ford has also added a fully electric panoramic sunroof – an element that is steadily becoming a norm in premium SUVs like Volkswagen Tiguan, Skoda Kodiaq and others.

The Ford Endeavour 2.2l variant is also equipped with Ford SYNC 3 infotainment system, which comes with wireless mobile connectivity for music and telephony, an integrated satellite-linked navigation system, and other ancillary functions like rear view camera with dynamic guide rails. Ford has also equipped this trim with what it calls 'Active Noise Cancellation' to improve in-cabin refinement, and this coupled with the new panoramic sunroof is aimed at reinstating the Endeavour's premium positioning in the market. The Ford Endeavour also comes with seven airbags, which includes a 'knee' airbag for enhanced body cushioning in case of accidents.

The new Ford Endeavour 2.2l will line up alongside four-wheel-drive trims, which are powered by a 3.2-litre engine that produces 197bhp and 470Nm of torque. Along with the Ford SYNC 3 infotainment system and the seven airbags, these trims are also equipped with Ford's Terrain Management System to complement the all-wheel-drive powertrain. The new Ford Endeavour variant is now on sale across India at Rs. 29,57,200 (ex-showroom).