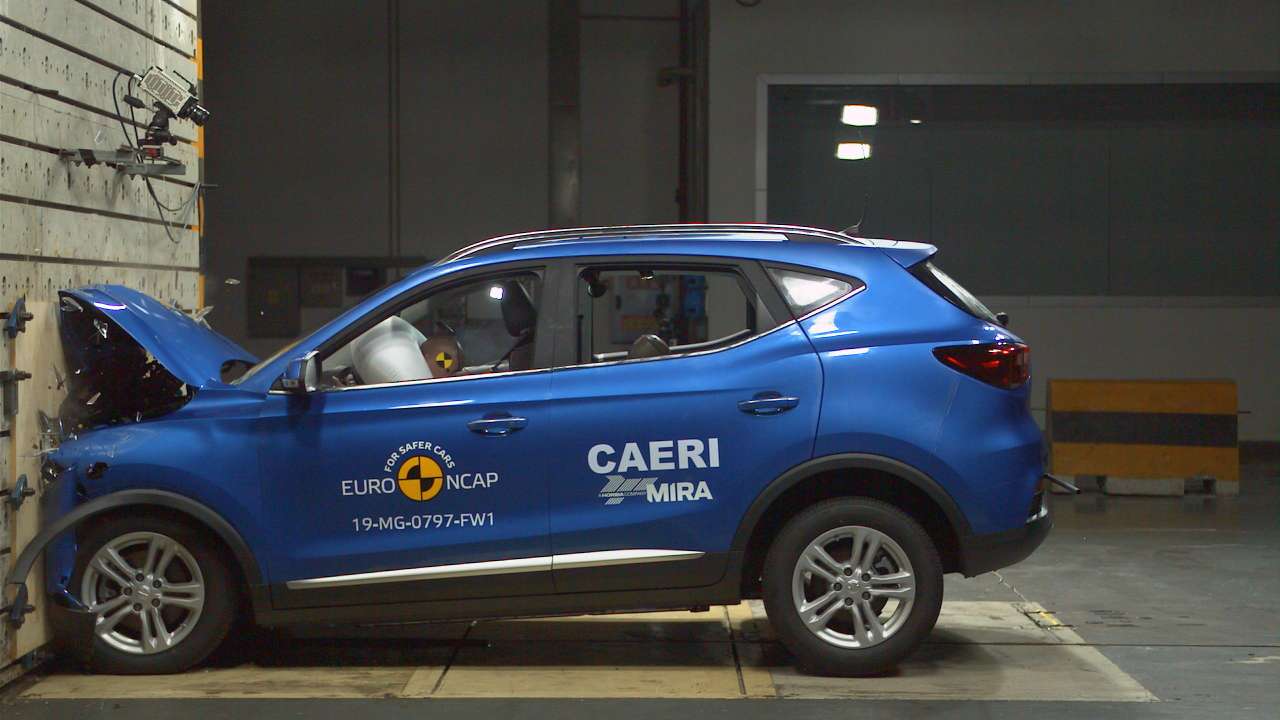 Not even a whole month has passed since its official unveiling in India and the MG ZS EV has already got a feather in its cap in the form of a five-star Euro NCAP safety rating—the highest any car can secure in the popular European car safety assessment programme. Announced earlier this month in New Delhi, the MG ZS EV is MG Motor’s second car in India after the MG Hector SUV. The ZS EV is an all-electric SUV with a claimed driving range of 340 kilometres. It is expected to undercut its most direct competitor, the Hyundai Kona, by a small margin with its starting price of Rs 22 lakh.

According to European non-profit Euro NCAP, all variants of the 2019 MG ZS EV—namely Excite and Exclusive—have received five stars out of five for overall occupant safety. The test report, which you can find here, reveals the EV’s score in various safety components. The ZS EV scores 90 per cent on 'Adult Occupant', 85 per cent on 'Child Occupant', 64 per cent on 'Vulnerable Road Users', and 70 per cent on 'Safety Assist'. Both variants of the EV lack a knee airbag and an active (impact-absorbing) bonnet. 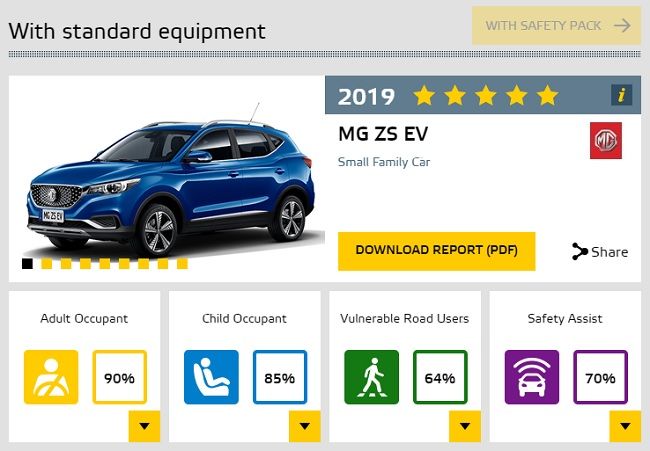 It’s important to note that the specifications of the MG ZS EV sold in India will be slightly different from this European unit. For example, the Indian model will not sport Autonomous Emergency Braking (AEB), which is a system that applies brakes automatically during emergencies. Because it uses radar to sense approaching traffic, AEB has not yet been approved for use in India. The Indian ZS EV will reportedly also lack Lane Assist System, a technology that ensures the car doesn’t drift away from its lane while cruising.

The ZS EV packs 44.5 kWh lithium-ion battery, which MG Motor claims is good for a driving range of up to 340 kilometres on a single charge. he motor, which churns out 143 horsepower, can accelerate from 0 to 100 kilometres per hour in 8.5 seconds. In addition, the car is equipped with an inbuilt air purifier and a panoramic sunroof. The ZS EV’s dashboard is home to an 8-inch colour touchscreen head unit, which, in addition to delivering infotainment, displays driving data, including the amount of carbon dioxide saved after a drive.