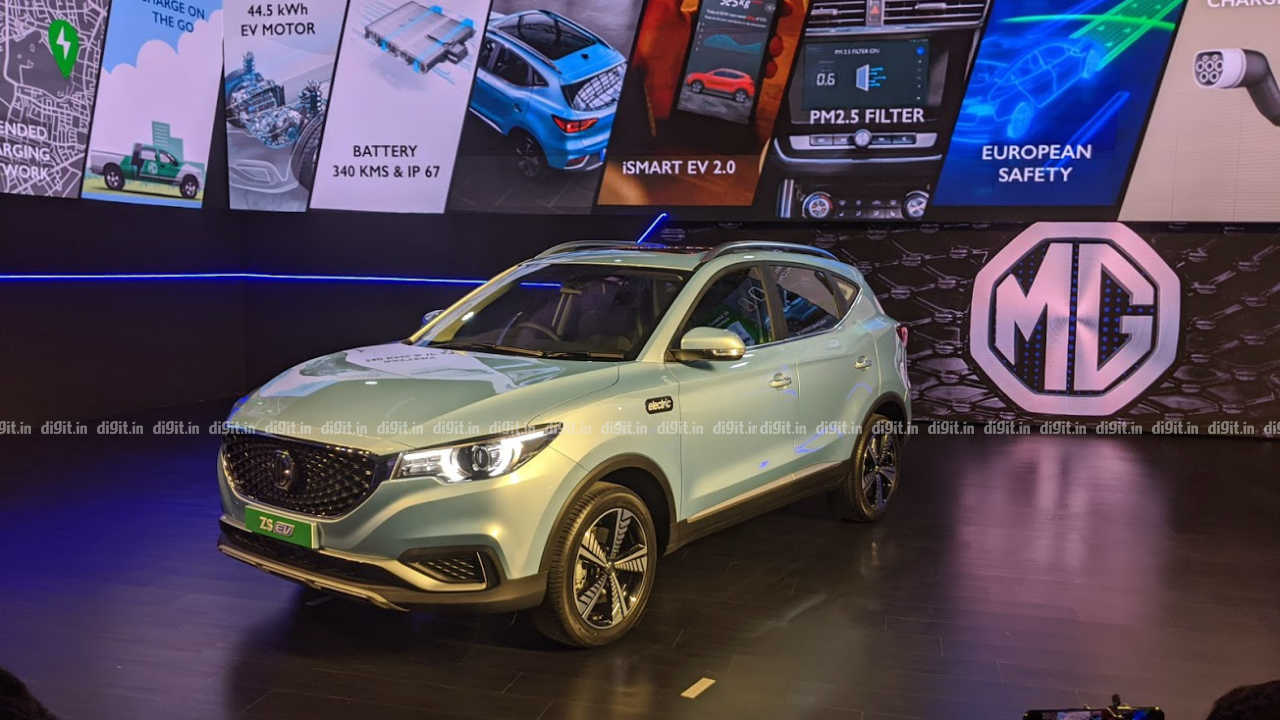 Though the company did not announce the price, it's expected to be around Rs 22 lakh

After weeks of teasing its second car launch in India, MG Motor has officially announced the ZS EV at an event in New Delhi. The MG ZS EV is an all-electric SUV with a claimed range of 340 kilometres on a single charge. Even though the British marque has not yet announced the price and availability of its new EV, it is expected to price the car at around Rs 22 lakh. This should put the ZS EV in direct competition with the Hyundai Kona all-electric SUV, which was launched earlier this year at Rs 25.30 lakh.

To make the ZS EV ownership experience hassle-free, MG Motor has tied up with multiple power solution providers (Fortum, Exicom, eChargeBays, to name a few) in India to bring as many as five different charging solutions to the ZS EV. The fastest charging option is a 50kW public charger for Fortum, which should juice up the car from near zero to 80 per cent in under an hour. The slowest charging option is the AC home/office wall charger, which should take between six and eight hours for a full charge. MG Motor hopes to set up one public charging station for every five kilometres in major cities and twenty-five kilometres in major highways.

MG Motor says the ZS EV’s 44.5 kWh lithium-ion battery is good for a driving range of up to 340 kilometres on a single charge. The IP67-rated battery pack is resistant to dust and water (up to 1 metre). The motor, which churns out 143 horsepower, can accelerate from 0 to 100 kilometres per hour in 8.5 seconds. In addition, the car is equipped with an inbuilt air purifier (for PM 2.5 particles) and a panoramic sunroof (MG calls it the ‘Skyroof’). The MG ZS EV’s dashboard is home to an 8-inch colour touchscreen head unit, which, in addition to delivering infotainment, displays driving data, including the amount of carbon dioxide saved after a drive.

The MG Hector was introduced in India earlier this year with MG Motor's proprietary iSMART mobile connectivity system. The system on the MG ZS EV is called iSMART EV 2.0, and it comes with a few model-specific enhancements. For example, it will show battery charging information and available driving range. The on-board infotainment unit comes with support for Android Auto and Apple CarPlay along with the latest pre-loaded entertainment content. Like the unit on the MG Hector, it can receive over-the-air software updates. We expect the MG ZS EV to go on sale in January 2020 at around Rs 22 lakh. We expect to learn more about MG Motor’s new offering in the coming weeks.