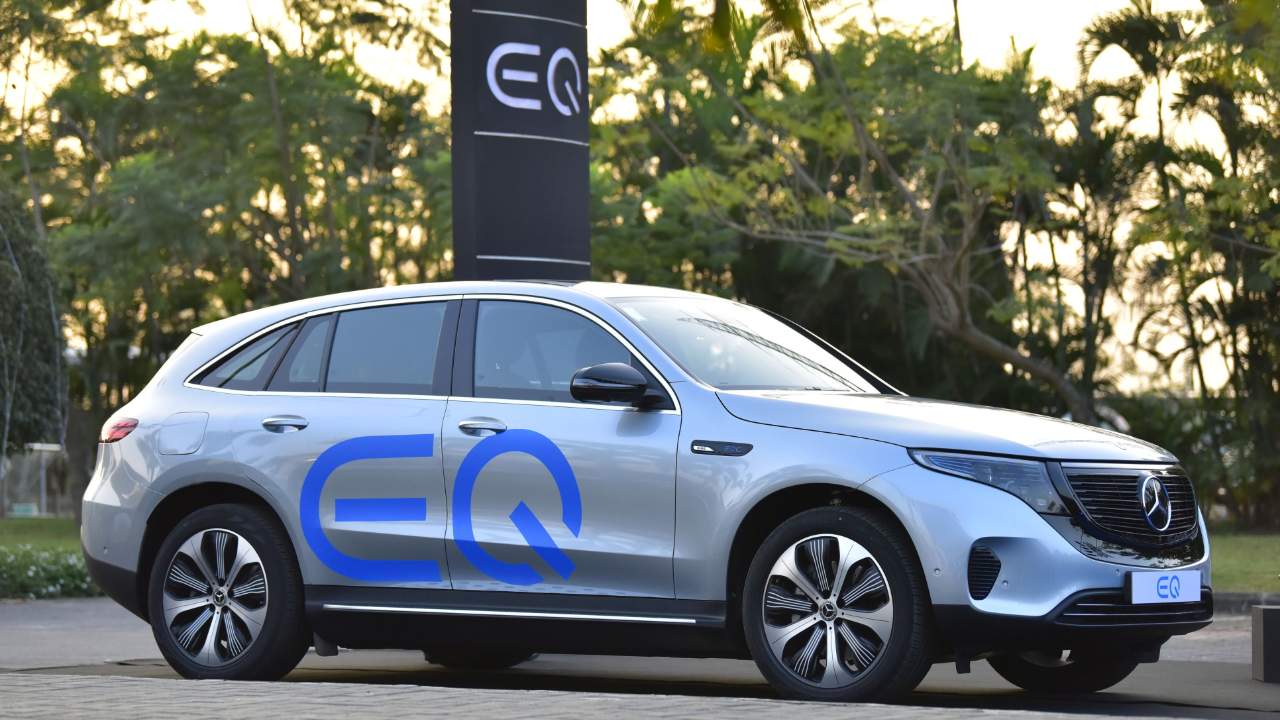 Mercedes-Benz has officially launched the EQ sub-brand in India

The first car under the EQ portfolio will be the EQC

With mainstream automakers like Tata Motors and MG Motor lining themselves up at the start line for the big EV race in India, Mercedes-Benz has also took its first step. The German auto giant officially announced its recently created electric vehicle sub-brand called EQ ("Electric Intelligence") in India yesterday. It also confirmed that the Mercedes-Benz EQC— the first electric car under the EQ portfolio—would be launched in April this year. The Mercedes-Benz EQC is an all-electric compact luxury SUV with an estimated driving range of 417 kilometres on a single charge.

According to the press release sent by the company, Mercedes-Benz is launching the EQ sub-brand (and eventually the EQC, of course) in India as part of its ‘Sustainable Luxury’ initiative. The company also plans to install over 4,000 solar panels at its Chakan plant in Maharashtra with the aim of bringing CO2 consumption down by 2,600 tonnes. By the end of the first quarter, 45 per cent of the plant’s energy requirement is expected to come from renewable resources. The company says its cars are already 85 per cent recyclable and 95 per cent recoverable.

At yesterday’s announcement, the company also unveiled the EQC Edition 1886, which is a special edition of the EQC created to commemorate the year in which Karl Benz received his patent for the first practical automobile. “We felt the time was right to introduce EQ brand in India and our first product for India will be the EQC EV. We are confident that EQ will lay a strong foundation for our electric ambition in India, which will see further expansion of our green cars portfolio and also for our future,” commented Martin Schwenk, the Managing Director and Chief Executive Officer of Mercedes-Benz India.

The Mercedes-Benz EQC 400 4MATIC model comes with an asynchronous electric motor fitted on either axle. Drawing power from an 80kWh battery pack with 384 lithium-ion cells, the EQC delivers a WLTP-tested range of 417 kilometres on a single charge. Merc says the EQC can go from 0 to 100 kilometres per hour in 5.1 seconds and max out at 180 kilometres per hour. On the inside, the car sports  two 10.25-inch touchscreen panels that are placed side by side to act as the instrument cluster and central dashboard display. Like other modern Merc cars, the EQC is powered by the Mercedes-Benz User Experience (MBUX), which, in addition to touch inputs, recognises voice inputs made by the user. Learn more about the EQC here.