Mahindra XUV500 to be the first Indian car with Android Auto 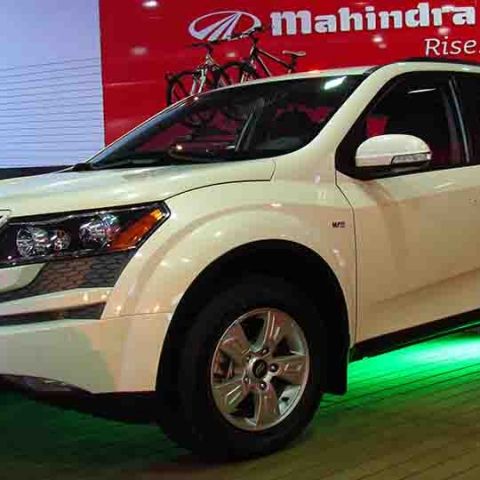 After being included in the Open Automotive Alliance, Mahindra has confirmed plans to offer Android Auto in the XUV500 & Scorpio.

Mahindra has announced at this year’s Google I/O Developers Conference that it will be the first Indian carmaker to offer Android Auto services. After joining the Open Automotive Alliance (OAA) - a group of automobile giants that will provide Android Auto’s infotainment services, Mahindra has announced that the revamped versions of its XUV500 & Scorpio will be the first cars to be rolled out with the service pre-installed. With Android Auto, users can sync their Android smartphones with their car’s infotainment system and enjoy seamless handsfree services. Drivers can call, message, locate on map, play music, and also launch third party applications like Spotify via an interface that will use voice commands through Google Now. However, this will run only on Android v5 Lollipop and above.

Google and Apple are up against each other (again), with CarPlay being Apple’s equivalent to Android Auto. Both services will run on the latest versions of the respective platforms’ operating systems, and both will operate via the respective voice assistants - Siri & Google Now. However, although a number of Indian automobile giants as Suzuki, Honda & Hyundai have been listed by Apple as future partners of the application, Android Auto seems like a more realistic hit in the Indian market. Two major reasons for that is Apple’s consistently delayed release of products in India, and the incompetence of Apple Maps when it comes to Indian roads. With Apple’s CarPlay yet to roll out in U.S. & Europe by end-2015, it seems like a long wait until CarPlay actually turns up in Indian vehicles. Apple Maps still struggle to locate an address in India, let alone navigate through streets, and this will be a big handicap that Apple will have to address before rolling out CarPlay in Indian cars.

Addressing its inclusion into the OAA on its official website, Mahindra & Mahindra released an official press release announcing the upgrade from its present Bluetooth sync app. Right now, infotainment systems as Blue&Me features in Fiat, while Microsoft SYNC powers the Ford Ecosport. Other cars also have their own infotainment systems that integrate driver safety, entertainment, navigation & connectivity to their central console. Android Auto aims to synchronise all different infotainment systems under one umbrella.

With Hyundai Sonata being the first car in the world to feature Android Auto, we wait to see how fast Indian cars adopt to the new technology.