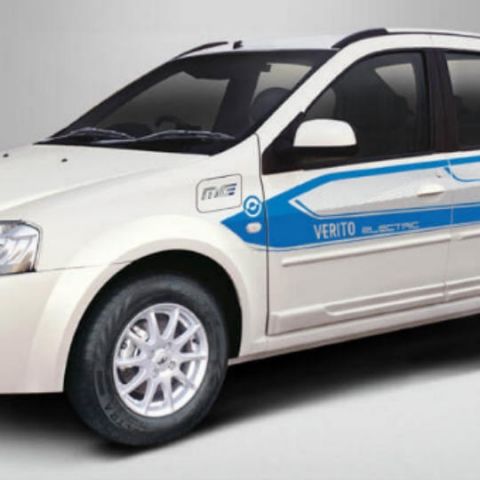 Indian carmaker Mahindra & Mahindra has joined Tata Motors in the Energy Efficiency Services Ltd. (EESL) tender floated to source a total of 10,000 electric vehicles for the Ministry of Power, Government of India. Tata Motors had bagged the contract yesterday by bidding the lowest price for each electric vehicle, at Rs. 11.2 lac per vehicle inclusive of GST. Now, M&M has matched the lowest bid for EESL's contract, and has been sanctioned to provide 40 percent of the total contract.

In a statement to the Press Trust of India, EESL stated, "ESSL confirms the order for Phase 1 of its electric vehicle tender. Mahindra & Mahindra matches the lowest bid price quoted by Tata Motors. As per the tender conditions, Mahindra & Mahindra can supply up to 40 percent of the order. But it has agreed to supply 30 percent of the order of 500 electric cars in Phase 1. Thus, they would supply 150 cars." M&M will supply 150 electric vehicles in the first phase of delivery, the deadline of which is November 1, 2017. The rest of the deliveries, for both Mahindra & Mahindra and Tata Motors, will take place next year, in 2018.

Tata Motors has reportedly earmarked the Tata Tigor compact sedan for electrification, and may go with the 85kW electric drivetrain that was shown fitted in the Tiago, in concept form. Tata is also providing comprehensive five-year warranty with the cars, which helped the company bag the deal. M&M, meanwhile, already has an all-electric sedan, the e-Verito, which will be supplied to the government's initial fleet of electric vehicles.