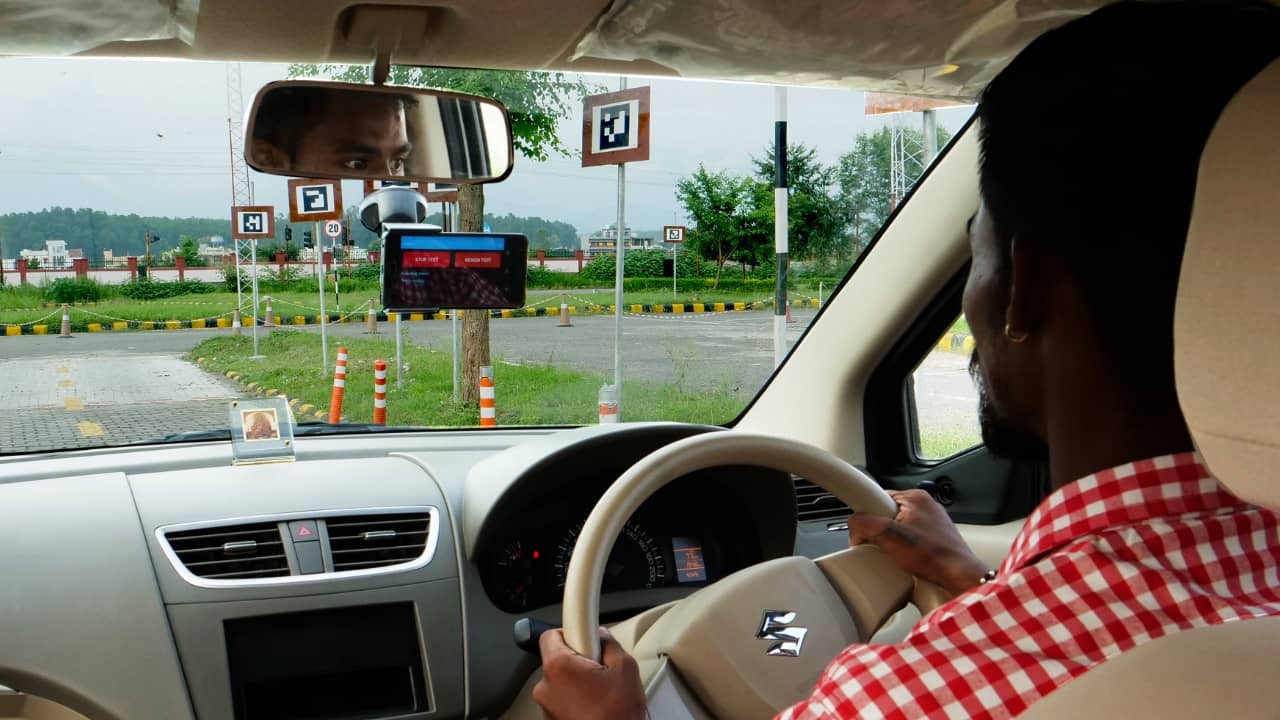 It’s called HAMS and is smartphone-based

It is currently being used at the RTO in Dehradun

Let’s face it: the process of acquiring a licence to drive in India is as easy as walking up to the nearest convenience store and asking for a pack of Lay’s. This is in part due to unfair, ineffective, non-standardised driving tests, negligence in execution, and corrupt government officials. Well, Microsoft Research India believes it has the solution to at least one of those problems. In a recent announcement, Microsoft demonstrated the use of its new smartphone-based driving test system, HAMS, in the real world.

As you can see in Microsoft’s recent video, the way it works is that the Android smartphone running the HAMS app is fitted to the windscreen of the test car in such a way that the device’s rear camera gets an outside view and the front camera gets a view of the candidate. The device uses its cameras and internal sensors to collect driving data of the candidate during the test and then relays it to the HAMS digital dashboard in the RTO. The driving test, which involves the candidate performing various types of manoeuvres on a test track to prove their driving skills, is fully automated. The report gathered from the dashboard tells the candidate if they’re qualified to drive on the roads.

“The key to the operation of HAMS is the use of multiple sensors simultaneously. For example, when a sharp braking event is detected (using the smartphone’s accelerometer), the distance to the vehicle in front is checked (using the rear camera), along with indications of driver distraction or fatigue (using the front camera). Such sensing and detection in tandem helps provide a holistic and accurate picture of how the vehicle is being driven, enabling appropriate feedback to then be generated,” writes Microsoft Research India in its blog post on HAMS.

Microsoft is also exploring areas of use for its HAMS system outside automated driving tests, such as fleet management. The Redmond-based company says it recently piloted the system in the context of driver training by collaborating with the Institute of Driving and Traffic Research (IDTR), which is run by Maruti Suzuki. The company’s collaboration with the Transport Department, Government of Uttarakhand and IDTR to deploy HAMS at the RTO, Dehradun is the most recent and perhaps most significant accomplishment in the HAMS project lifecycle so far. “The success of HAMS at the Dehradun RTO augurs well for its wider adoption, within the country and beyond, to ensure well-tested drivers enable better and safer roads everywhere,” adds Microsoft.

In the report of a survey conducted by SaveLIFE Foundation some two years ago, 59 per cent of the participants said they had not taken a driving test to get their driving licence. This finding does not come as a surprise as obtaining a driving licence in India is generally considered a dishonest and unfair transaction involving bribery. Just how far Microsoft Research India’s new automated driving test system will go in making the entire process less corrupt and more convenient is something we will have to wait and see.