Achieving autonomy in cars do not necessarily mean you'll have a relaxed, tension-free ride back home. 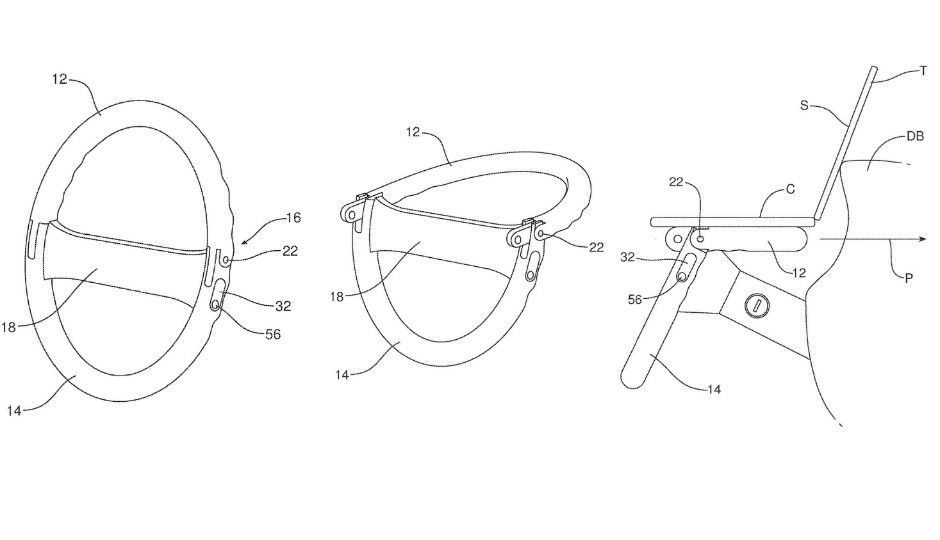 Whenever we see an autonomous car prototype, there's a lot of talk about changing lifestyles. We spend an overwhelming amount of time commuting to and from work in an average urban city, and researchers and analysts have made multiple presentations, marking heavy congestion in urban areas as a major chunk of time during our lives that can be converted into productive, relaxing and useful hours with the help of technologies like fully-autonomous cars, augmented reality displays, always-on internet connectivity and more. In light of this, you'd tend to think that the future of mobility seems quite fun. Ford, however, looks at this as an opportunity to maximise work hours, even when on the move.

Ford has not really been shy to file patents and present prototypes of ambitious technologies to improve the future of mobility. The latest one, revealed by the United States Patent and Trademark Organisation (USPTO) hints at a folding steering wheel module that doubles up as a laptop stand, a bit like the prop-out food tray in cramped Economy Class airline cabins. The idea, though, is to make your life a bit easier in case you do need to work while on the move. There's nothing too complicated here - a hinge on the steering wheel bends forward to form a tabletop, which can be coupled with the tilt adjustment of the steering to bring the laptop to your optimal height. Ford is, in fact, not aiming this patent at future autonomous vehicles, but rather at present ones. The patent filing states that such a steering wheel model can prove handy if, say, an individual arrives rather early for a meeting, and aims to do last-minute refinements to her Powerpoint slides from the comfort of her own car's privacy and (presumably) air conditioning.

That's quite a neat piece of thought, and certainly sounds better than having to move to the rear seat or push the front seat all the way back to open up room for your laptop or tablet. However, such a steering wheel model adds a room for errors, glitches and distractions, which technically poses too many road risks. This is what makes it unlikely to ever feature in production form, at least for now. Ford has been filing interesting patents and prototypes of late, like its surrogate drone patent and the 'Feel the View' prototype for the visually impaired.

While most of them may not really ever make it to production, it is still interesting to see how far present generation cars can be tweaked and optimised to get the most out of them.