Fiat-Chrysler becomes the first company to join the BMW-Intel consortium. 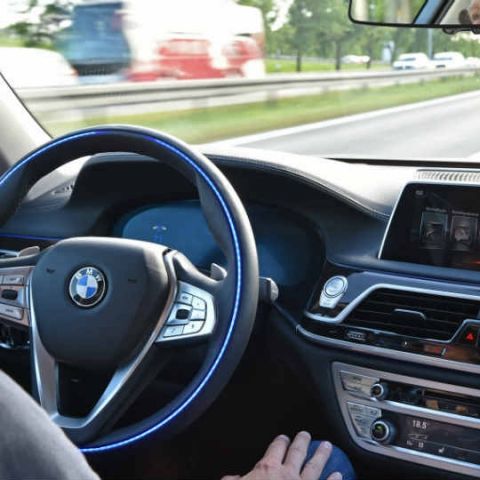 Fiat Chrysler Automobiles (FCA) has signed a memorandum of understanding with BMW Group, Intel and Mobileye, making it the first carmaker group to join the BMW-Intel consortium in the development of its autonomous vehicle platform. While the BMW-Intel partnership saw its engineering teams being headquartered in Germany, Fiat-Chrysler will bring its engineering and technical resources, along with its vast presence in North America.

The BMW Group-Intel-Mobileye partnership was announced back in mid-2016, wherein the technology platforms of Intel's processing base, Mobileye's computer vision program and BMW's automotive expertise came together to form a collaborative base for all autonomous driving tests. These technologies were stated to become the mainstay for promoting autonomous driving maneuvres ranging from Level 3 to Level 5. The project was spun into active development, and production stages were to be reached by 2021. The aim was to reach a scalable, open source architecture for autonomous driving that companies can use to enter production for advanced vehicles, and it is this that the addition of Fiat-Chrysler will contribute to, with the new partnership.

The aim is to deploy 40 autonomous cars for road tests by the end of this year. Mobileye is also independently set to put 100 test vehicles on the road soon, and the data collected from here will be used alongside BMW-Intel's road tests, now to be contributed by Fiat-Chrysler as well. Amnon Shashua, Chief Executive Officer and Chief Technology Officer of Mobileye, stated in a press statement, “We welcome FCA’s contributions and use of the cooperation’s platform, which has made substantial progress over the last year and is rapidly entering the testing and execution phase. The combination of vision-intense perception and mapping, differentiated sensor fusion, and driving policy solutions offers the highest levels of safety and versatility, in a cost efficient package that will scale across all geographies and road settings.”

It now remains to be seen if other companies join the initiative as well. When it comes to autonomous driving and connected car platforms, a large number of companies from both technology and automobile sectors are building their own platforms with the intention of inviting other companies to join. Google has its own Android in car platform, The Linux Foundation has its open source project, ZF has its autonomous driving platform, among others.