Ankit Jain, Vice-President and Head of Ola Play hinted at the possibility of Ola's proprietary infotainment service being marketed as a standalone infotainment and telematics unit for car makers in future. 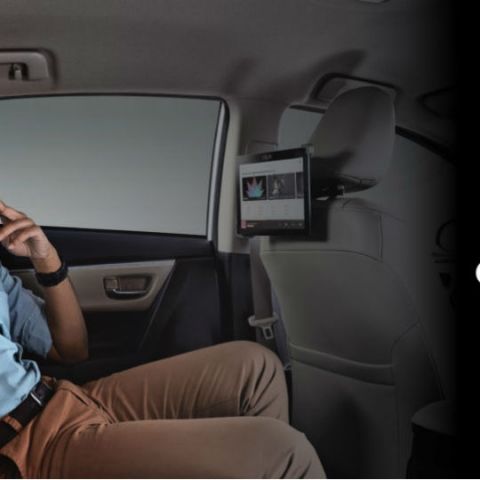 Olacabs may look to venture beyond ride sharing in the near future. In an exclusive interview with Digit, Ankit Jain, Vice-President and Head of Ola Play hinted at the possibility of Ola Play not being restricted to just being an in-cab service, and may actually be licensed as a complete infotainment and telematics suite to car makers, and even as a third-party aftermarket solution to retailers and customers.

"A lot of people want Ola Play head units in their own cars," said Jain, affirming having received "many emails" from customers enquiring about availability of Ola Play as an infotainment suite outside of Ola's own cabs. Ola's Play services have seen considerable success, and ever since launch, has been rolled out to a large number of taxis. It has also increased in the range of functionality, beginning as a limited offering of music, pre-recorded videos and web series episodes. Of late, Ola is putting a lot of emphasis behind Play, having partnered with YuppTV for live TV services, and with Microsoft to integrate its entire productivity suite to the infotainment system.

Jain believes that the level of customisability and range of services has been key to Ola Play's rising demand. "We believe our future cars will have smartphone-like customisability. When we spoke to various OEMs, they felt that our approach was different in terms of what we're looking at, in comparison to what the rest of the industry offers right now." He further added, "Our Play services offer internet connectivity integrated into the car's system, and I have not seen other systems which do that right now." Jain also states that the Ola Play head unit and hardware is ready to support advanced telematics and ADAS systems, and going forward, will be able to synchronise with services like drive alert, collision mitigation and other advanced systems.

Olacabs aims to develop Play as a complete suite of services, including the existing entertainment services, Microsoft-powered productivity tools and local aids like nearby public facilities and local eateries. Alongside, it will be fused with advanced driver assist services and telematics to provide a customisable infotainment service and advanced systems that can be retrofitted into a wide range of cars. However, the plan to expand Ola Play's scope of business has not been finalised. "We will first meet our own demands to fit Ola Play systems in our own cars, and only then will we look at all the options available to us to expand the business. We have received a lot of interest from retail customers, OEMs and international markets, and only after we meet our own supply requirements for Ola Play will we look at which of these avenues suit us best," said Jain.

Ola Play is expected to take a much larger and pivotal role in shaping the future of Ola's business. The company aims to develop the proprietary ecosystem and make it into a complete suite of customisable in-car services, which Jain believes plays a major differentiating role towards customising cars for a wide range of customers.