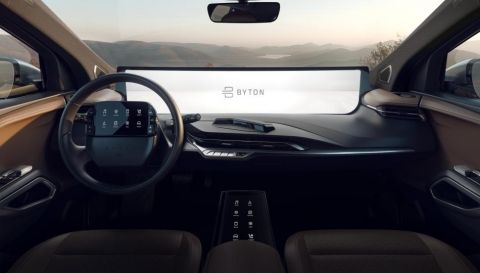 All in all, the Byton M-Byte has five screens inside it, including a massive 48-inch ultra-wide dashboard screen.

Chinese automotive brand Byton has added yet another screen to the interiors of its futuristic electric SUV, the M-Byte. The new 8-inch portrait-style screen sits ahead of the front armrest and is accessible to both front passengers. It can be used to control music, navigation, and other car settings. Including the newly added screen, the car has five screens in total. The M-Byte was first showcased at CES in January, 2018.

The other screens inside the M-Byte include two independent headrest-mounted touchscreen units for rear-seat entertainment, a steering wheel-mounted touchscreen unit, and a staggeringly large 48-inch ultra-wide screen that spans almost the entire width of the dashboard. According to a recent report by TechCrunch, Byton recently decreased the size of the steering wheel-mounted screen to 7 inches to include some hard buttons. 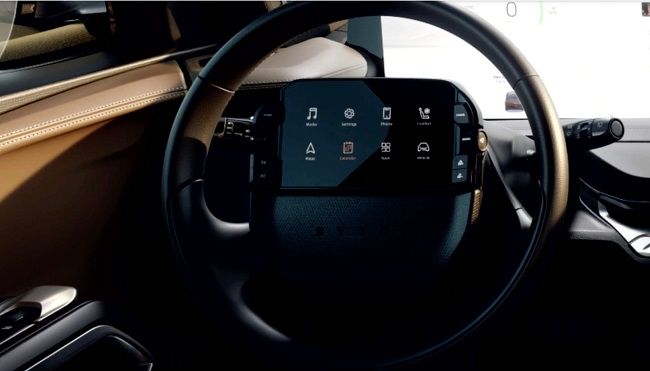 Byton aims to use all these screens along with its digital cloud platform, Byton Life, to deliver a personalised driving experience. Byton Life will reportedly connect to apps and smart devices, use facial recognition to read the user’s data, and provide personalised information on the screens, like their everyday schedule and suggestions to suit their entertainment preferences. The car will reportedly also feature voice recognition. Byton is said to be working with Amazon in North America and Europe to integrate Alexa in the car.

The Byton M-Byte is said to come not with Level 4 autonomy capabilities but Level 2, which means only some functions such as steering and acceleration will be automated and the rest is left to the human driver. According to TechCrunch, the design process of the M-Byte was 80-percent complete back in August, 2018. The company reportedly plans to roll out production units of the M-Byte by the end of the current year.