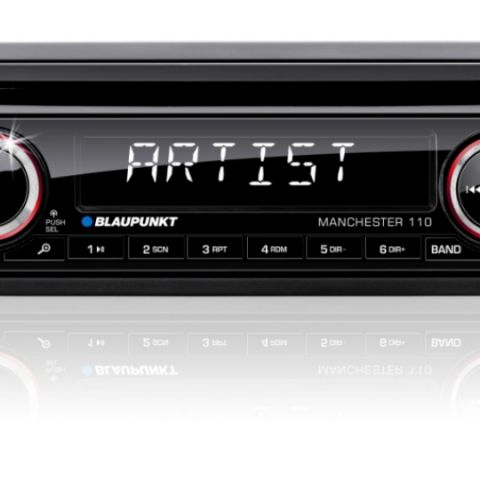 Car manufacturers like Hyundai, Skoda, TATA Motors, Volkswagen and others, have already installed Blaupunkt’s audio equipment in some of their models. While packing all the expected features of basic audio systems like FM/AM, USB support, Equalizer presets, and SD Card support, the Tokyo and Manchester don’t include Bluetooth connectivity. Software updates, if any, can be installed via USB. Both the variants can’t be considered as an option for car owners who are looking forward to upgrade and replace their pre-installed audio systems due to their minimal features. The company showcased a demo of both the audio systems that sounded decent but nothing concrete could be determined since it was experienced in an open room.

Blaupunkt has a number of product categories including multimedia, navigation, sound and connectivity systems and it releases new products every 2-3 months. It aims to sell around 8,000 units of both the variants every month. The company also revealed that its upcoming audio systems will include one with built-in speakers and one with Bluetooth support (an upgrade to the budget systems) and both are lined up for the first quarter of 2015. Blaupunkt further claimed that its Android Radio will be the product that would be huge once it is launched.

Daily commuters spend a substantial amount of time in their cars, stuck in traffic and honking their horns all the way. In such moments of irritability, music is the only saviour, especially if you’re driving alone. Though your car may already have an audio system, many of the taxi and cabs don’t even have one. Blaupunkt India is planning to get in touch with them and install these variants in their cars. All the products and software are built in-house, nothing being outsourced and the manufacturing is done in China and Malaysia. The Tokyo and Manchester systems are also manufactured in China.