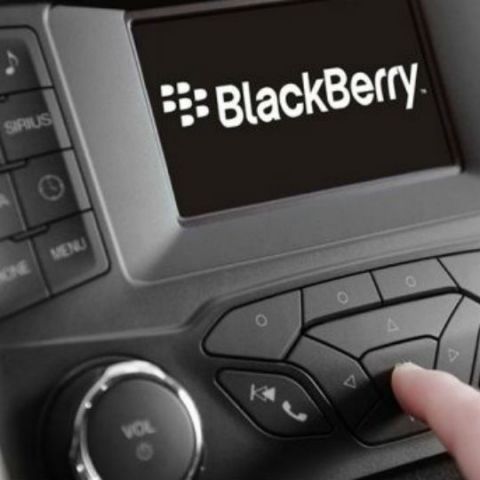 BlackBerry has announced a new partnership with Chinese internet giant Baidu in the realm of autonomous car research. The partnership will see the two companies make mutual use of their collective innovations, where Baidu will use the QNX platform as a secure base on which its Apollo open source firmware for self-driving cars will be built on. BlackBerry, meanwhile, will take advantage of Baidu's CarLife smartphone integration and DuerOS - the conversational artificial intelligence engine that will presumably be improved for voice-based controls in cars.

BlackBerry has been using its QNX platform in cars for quite some time now, being used by multiple car makers as a platform for infotainment systems. The company announced its interest in self-driving cars earlier last year, establishing the BlackBerry QNX Autonomous Vehicle Innovation Centre (AVIC) in Canada as part of its research efforts in the field of autonomous driving. Since then, the company has announced a partnership with DENSO to use the QNX platform, as well as striking a deal with Ford to use the platform in its new SYNC firmware.

Baidu, meanwhile, is one of the largest Internet giants rising out of China, and has been pushing its open-source platform, Apollo, for use in self-driving cars. The company cites the open source nature of its platform as a key method to ease the process of developing autonomous technologies, which it even demonstrated when American firm Autonomoustuff implemented the technology successfully in a car, in three days. The company is also working on advancing artificial intelligence and its proficiency, among which its efforts with DuerOS falls particularly relevant in the overall scenario of autonomous driving. The advanced speech recognition and conversational abilities of AI will be particularly important in the evolution of autonomous cars, and BlackBerry will look to incorporate this into its QNX platform for a superior human-machine interface experience.

Both BlackBerry and Baidu will be at CES 2018 with more technologies pertaining to artificial intelligence and self driving cars, all of which we shall see in the coming week.