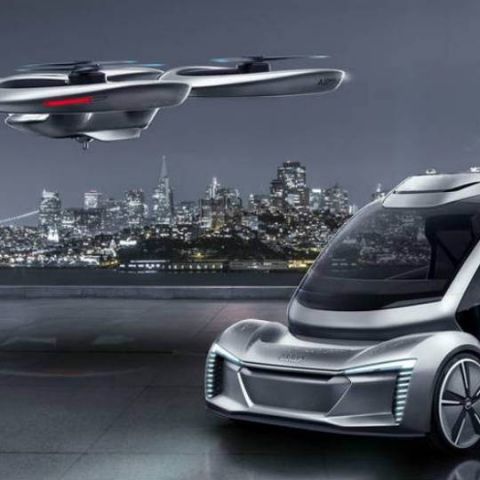 In a bid to advance the possible future of flying cars, Audi and Airbus' joint venture has been given the green signal for real life tests in Germany. The country's chancellor Angela Merkel has signed a letter of intent that will allow the Inglostadt-based carmaker and the European aviation giant try out its flying car concept on road, and air.

The Audi-Airbus joint development was unveiled at the Geneva Motor Show, and includes a passenger pod that attaches itself to either electric-powered wheels or a quadcopter top contraption. This not only gives the vehicle modularity, but allows it to travel as per situations. Alongside being all-electric, the concept also has fully-autonomous technology integrated in its drivetrain, which will give it full autopilot abilities when airborne, as well as fully autonomous driving capabilities. It is, in short, the nascent vision of a class of mobility that will possibly become mainstream in the long term.

Flying cars have been a part of science fiction for a long time. Of late, however, the interest has become seemingly real, and more companies are investing to make such vehicles real. The proof of this are collaborations like between Uber and NASA, and Audi and Airbus. As the world is pushing for smart cities and congestion is at a steep upward rise, companies are considering using the empty airspaces to make travelling gradually easier and faster. However, the key barriers to this till now have been expense and safety-based regulations that prevent the use of airspace for personal or unauthorised commercial access.

All of this may change, and it is trials like that of Audi and Airbus' concept that will gradually lead to the establishment of flying taxis as a regular, viable option of locomotion.