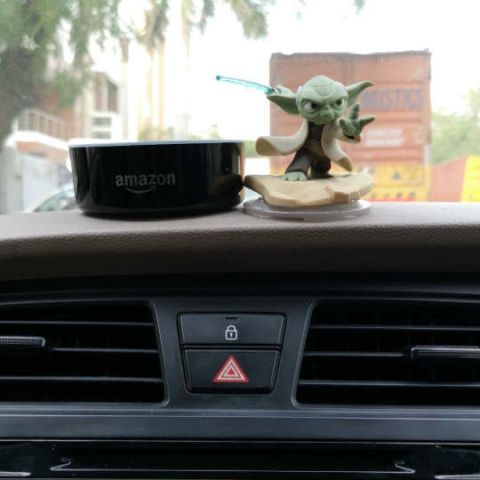 Amazon is steadily ramping up competition in India’s smart speaker market. The company was first to inaugurate the category in India with the launch of the Echo range of speakers last October. Since then, Amazon has seen “tens of thousands” of Indians purchase at least one of the three Alexa-enabled smart speakers - Echo, Echo Plus and Echo Dot - available in the country. Now, a new report points out that India might be the testing ground for a new range of Alexa-powered Echo speakers designed to function on the move, in a car.

Factor Daily reports that Amazon has been beta testing this special range of mobile Echo speakers in India since February and that the same are due for a global roll-out later this year. Speaking confidentially with the publication, a source close to the development said, “Both Prime and Echo sold more than expected so they’re now bringing all products to India.”

The in-car Echo speakers are also being tested in other regions of the world, alongside India. While the information was revealed to Factor Daily by two sources close to the project, Amazon executives also recently told Digit that the company is seeing increasing requests for a cord-free, mobile Echo device from Indians. However, Amazon also confirmed that the company has no plans for battery-powered Echo speakers for now.

Amazon is already going after the Google Assistant and Siri in cars by partnering with various auto makers to provide Alexa-enabled infotainment systems. Ford, Volkswagen, Nissan and BMW have already joined the Alexa bandwagon and users can shop, search the web as well as control smart home devices with Alexa-enabled in-car infotainment systems. However, with the new mobile Echo devices, users will no longer need to depend on their car maker or infotainmnet system provider to bring Alexa onboard.

It is not yet clear if Amazon is testing wireless Echo devices for in-car infotainment in India or if the speakers will draw power from USB ports found in almost all cars. What we do know from the report is that these in-car Echo speakers are expected to pair with a smartphone using Bluetooth and draw internet connectivity from the same. The speakers are also being designed in a way that they can be positioned on top of the dashboard in a car.

“You can drop into meetings, get directions, live traffic updates and all other Alexa skills,” said one of the source in the know-how of the development. “The device will be like Echo Dot or even speakers from Ultimate Ears,” the source added.