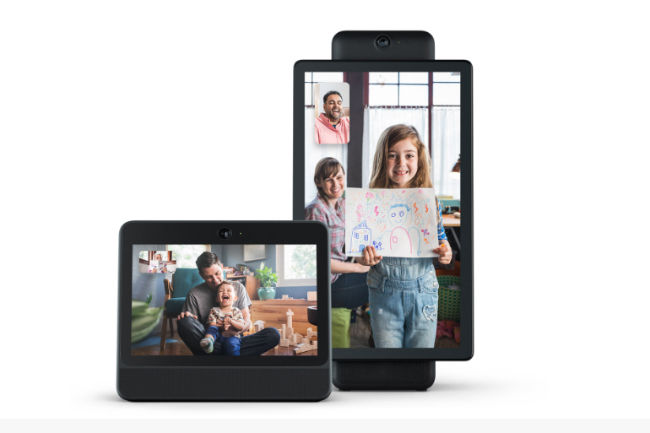 Facebook Portal, the video calling device series launched last year, will be getting a new design come fall 2019. Facebook’s VP of AR/VR, Andrew Bosworth confirmed that the Alexa-enabled Portal  devices are being developed in a new form-factors, slated for a fall 2019 release.

Speaking at the Vox Media’s Code Convention, Bosworth noted that sales of Facebook’s Portal device have been “really good”. TechCrunch reports that all signs point to the device being the “Ripley”, which was referenced in Portal firmware code late last year. The “Ripley” is expected to be a Portal device which can be snapped onto a TV in order to let users make video calls more easily.

"Hardware is coming to the home, and we want to make sure that human connection, connection between two people, is a first-party experience on that hardware,” Bosworth said.

Facebook’s Portal and Portal+ devices were launched in October last year. The two new video communication devices for the home bear 10-inch and 15-inch displays, respectively. Both come equipped with Amazon Alexa and sport ‘Smart Camera and Smart Sound’ technology for a hands-free experience. Portal is priced at $199 (approx Rs 14,700) and Portal+ costs $349 (approx 25,900). These devices have not yet launched in India, and we’re not sure if Facebook will find a market for them here anytime soon.