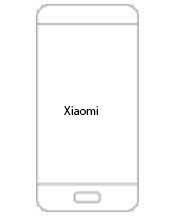 Xiaomi Redmi 10 is announced to be launched on August 2021 & is expected to run on Android 11 OS. The Smartphone is expected to be made available only in one color i.e. Black & will have a host of connectivity options in terms of 3G, 4G, GPS, Wifi, NFC Bluetooth capabilities. The phone will come with 64 GB of internal storage.

As far as the specifications are concerned, the Smartphone is tipped to be powered by 2.3 GHz, 1.8 GHz

Octa core MediaTek Helio G35 Processor. A 4 GB of RAM will help phone run smoothly even the most memory intensive applications without showing any signs of lag.

Xiaomi Redmi 10 is speculated to boast of dual primary camera of 13 + 2 + 2 megapixel and 8 megapixel front Camera. The Smartphone will have a low camera aperture of f/2.2. The Xiaomi Redmi 10 is available with 4 GB sizes to choose from.

Xiaomi Redmi 10 In News View All

Xiaomi is now seeding the Android Oreo-based stable MIUI 10 update for the Redmi Y2 (review) in India. The company announced the rollout via their forums and it brings new features, improvements and optimisations for...

The Xiaomi Redmi Note 10 and Redmi Note 10 Pro are rumoured to launch in India sometime in February. While Xiaomi is yet to reveal its plan for the successor to the Redmi Note 9 series,...