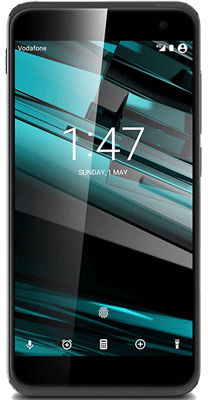 Vodafone Smart Platinum 7 was launched in June 2016 & runs on Android 6.0.1 OS. The Smartphone is available only in one color i.e. Black & has a built in fingerprint sensor as the primary security feature, along with the host of connectivity options in terms of 3G, 4G, GPS, Wifi, NFC Bluetooth capabilities. The phone is available with 32 GB of internal storage.

The Smartphone is powered by 1.8 GHz Octa core Qualcomm Snapdragon 652 Processor. A 3 GB of

The Phone comes with a large 3000 mAh battery to support it's 5.5 inch screen with QHD AMOLED capacitive touchscreen display having a resolution of 1440 x 2560 at 534 ppi. The screen is also protected by a Corning Gorilla Glass.

Realme 7 Pro special edition has officially made its debut alongside the Realme 7i, Realme 55-inch SLED TV and more in India. The Realme 7 Pro is now offered in a Sun Kissed Leather finish...

OnePlus is a company that’s pretty prompt with Android updates and supports devices for multiple years.   The company is still pushing the OxygenOS 11 beta builds for the OnePlus 8 and OnePlus 8 Pro, and...

Realme 7i alongside Realme 7 Pro Special Edition and Realme 55-inch SLED 4K TV are confirmed to launch on October 7 in India. Realme is hosting an AIoT launch event on October 7 where it...

Realme recently took the veil off the Realme 7(₹ 16099 at amazon) series that includes the vanilla Realme 7 and the Realme 7 Pro. The smartphones came across as powerful offerings in the mid-range segment, but...