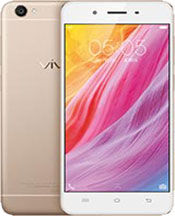 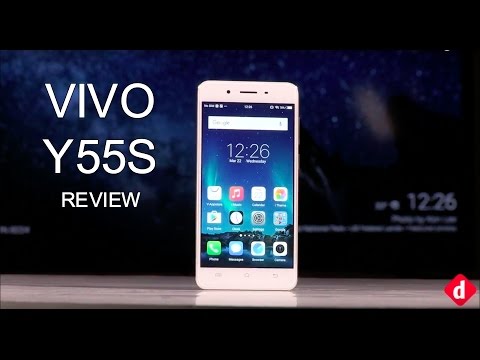 The Vivo Y55s is a depandable smartphone, and it'll reach more people, being sold offline. It's good to know that offline buyers have a dependable phone to buy, but in the market at large, the Y55s is simply not up to its competition. The Xiaomi Redmi Note 4 costs about the same and is faster, with better battery life and faster performance. On the other hand, the Moto G5 Plus costs much more, but has a vastly better camera, faster performance and better battery life too. The Vivo Y55s is appreciable, but not what we would recommend. 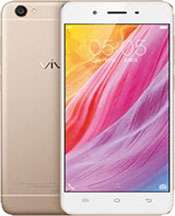 Vivo Y55S was launched in February 2017 & runs on Android 6.0 OS. The Smartphone is available only in one color i.e. Gold & provides a host of connectivity options in terms of 3G, 4G, GPS, Wifi Bluetooth capabilities. Priced at Rs. 10990 the phone is available with 16 GB of internal storage.

The Smartphone is powered by 1.4 GHz Quad core Qualcomm Snapdragon 425 Processor. A 3 GB of RAM ensures phone runs smoothly even the most memory intensive applications

& still shows no signs of lag. 16 GB of internal storage can be expanded to 256 GB via a microSD card.

The Phone comes with a 2730 mAh battery to support it's 5.2 inch screen with HD IPS LCD Capacitive touchscreen display having a resolution of 720 x 1280 at 282 ppi.

Vivo Y55S comes with a 13 megapixel rear Camera and 5 megapixel front Camera. The Smartphone has a low camera aperture of 2.0. It also supports Face Detection and high dynamic range(HDR) imaging.

Vivo V20 Pro could launch in India at Rs 29,990, according to the latest report online. The V20 Pro was said to launch sometime in December after being a no show at the time of...

Vivo V20 Pro and the V20 SE were teased to launch in India soon but as per the latest report, the V20 Pro could now launch sometime in December. The V20 SE was launched earlier...

The Vivo V20 SE has officially launched in India as an affordable offering in the V20 lineup. The V20 SE is a toned-down version of the Vivo V20 that was launched last month in India. The...

Vivo V20 SE could launch on November 2 in India, according to the latest report. The V20 SE has been teased online alongside the V20 Pro and the phones are slated to launch in India...