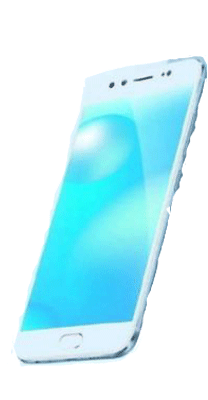 Vivo X9 Blue was launched in June 2017 & runs on Android 6.0 OS. The Smartphone is available only in one color i.e. Blue & has a built in fingerprint sensor as the primary security feature, along with the host of connectivity options in terms of 3G, 4G, GPS, Wifi Bluetooth capabilities. The phone comes in 64GB & 128GB variants.

smoothly even the most memory intensive applications & still shows no signs of lag. 64GB & 128GB of internal storage options can not be expanded further.

The Phone comes with a large 3050 mAh battery to support it's 5.5 inch screen with Full HD Super AMOLED Capacitive Touchscreen display having a resolution of 1080 x 1920 at 401 ppi. The screen is also protected by a Corning Gorilla Glass.

Vivo X50 Pro has been leaked in its entirety and is set to launch in China on June 1. The leaked image reveals most of the key specifications of the upcoming X50 Pro and likely...

Vivo V19 to go on its first sale on Amazon, Flipkart at 12PM: Everything you need to know

The Vivo V19(₹ 27990 at flipkart) was announced earlier this week and today, the smartphone is going on its first sale across e-commerce platforms and Vivo’s e-store. The Vivo V19 rocks a 32MP dual punch-hole...

Vivo V19 with dual-selfie cameras and Snapdragon 712 launched in India, to go on sale from May 15

Vivo V19 has launched in India after going through a couple of delays due to the Coronavirus outbreak and the subsequent nation-wide lockdown that prohibited smartphone manufacturers to operate normally. The V19 was announced in...

Vivo V19 with Snapdragon 712, dual-selfie cameras to launch on May 12 in India

Vivo will launch its latest V19 smartphone with dual selfie cameras on May 12 in India after several delays due to the lockdown in place to curb the Coronavirus outbreak. Interestingly, the launch is set to...