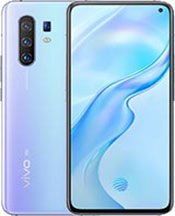 The Vivo X30 Pro comes in a number of storage variants including 8 GB of RAM and 128 GB/ 256 GB of internal storage. the phone is up for pre-booking on the Vivo e-shop online and will hit the shelves on December 24.

The Vivo X30 Pro price is Rs. 40,500 approx. for the 128GB storage option, whereas its 256GB storage model is priced at Rs. 43,500 approx. Both configurations are available in Black, White, and Pink colour shades and will go on sale in China from December 24.

The dual-SIM Vivo X30 Pro runs on Funtouch OS 10 based on Android 9.0. The phone is powered by the Exynos 980 octa-core SoC, paired with 8 GB RAM. Vivo’s latest Funtouch OS 10 custom skin has minimal UI, animated lock screen, cloud service, and more. The company has also announced that the update rollout schedule which will happen in batches starting next year for its other devices.

The Vivo X30 Pro packs a large non-removable 4,350mAh battery with 33W Flash Charge support. The company says that the phone is capable of lasting a whole day with ease. It is available in 128 GB and 256 GB storage options. The phone doesn’t support a microSD card slot for expanding the phone’s memory.

The Vivo phone is powered by an Exynos 980 octa-core processor with (2x2.2 GHz Cortex-A77 & 6x1.8 GHz Cortex A55) cores. It has a Mali-G76 MP5 GPU. The device comes with an Android 9.0 (Pie) based company’s proprietary Funtouch 10.0 OS. It is available in 2 configurations, one with 128 GB of internal storage and a second with 256 GB of internal storage. The X30 Pro supports Dual SIM capability, which allows users to insert two different SIM cards at the same time.

Connectivity options include USB Type-C port, 3.5mm audio jack, Bluetooth, Wi-Fi 802.11ac, 5G, more. The phone has a USB Type-C 1.0 reversible connector, and USB On-The-Go. The Vivo X30 Pro comes with Near Field Communications (NFC) functionality for transferring data with other NFC-enabled devices. It has a built-in GPS receiver. The X30 Pro supports Dual SIM capability and allows users to access 4G data on both the SIM’s at the same time.

Samsung has announced the Exynos 980 mobile processor, which is its first SoC with an integrated 5G modem. The integration of 5G modem and mobile processor into a single chip allows smartphone makers to make more power-efficient and thinner phones, says Samsung. Based on an 8nm FinFET process, it is Samsung's first AI mobile processor with an integrated 5G modem. Apart from this, the phone runs on Android 9.0 based company’s proprietary FunTouch 10.0 OS. The device comes with a number of new features along with the new UI. The device comes with a Mali G76 GPU.

Samsung says that the Exynos 980 will help reduce power consumption as well as increase the space efficiency within a smartphone. The new mobile processor's 5G modem is able to provide support from 5G to 2G networks, as it offers fast gigabit downlink speed in 4G LTE and up to 2.55 Gbps in sub-6GHz 5G. Apart from this the Exynos 980 comes with a new Wi-Fi 6 standard that offers faster and more reliable speeds for streaming and online gaming over Wi-Fi networks.

The Exynos 980 features an octa-core CPU with two high-performing Cortex A77 cores at 2.2 GHz and six Cortex A55 cores at 1.8 GHz. It comes with a Mali G76 GPU and has an integrated NPU (Neural Processing Unit) for advanced AI capabilities. The chipset can support up to 108 MP of camera resolution, as well as encode and decode 4K UHD video at 120 fps and HDR10+. It has support for FM Radio.

The phone supports Face Unlock and also has an in-display fingerprint sensor for additional security. Apart from this, the phone comes with an accelerometer, gyroscope, proximity, and compass sensors.

The availability and pricing of the Vivo X30 and Vivo X30 Pro in global markets including India has not been revealed yet.

Vivo V21e 5G has officially launched in India and is powered by the MediaTek Dimensity 700 processor. The V21e is a thin and lightweight smartphone in the Vivo V21 lineup. The Vivo V21 was launched...