The Vivo V9 smartphone has been launched in India with a Rs 22990 price tag. It is one of the first Android smartphones to launch with a notch design in India. The phone has a 6.3-inch display, thin screen bezels and comes with a notch that sits right at the top of the phone. It is powered by a Qualcomm Snapdragon processor, a dual rear camera setup and a 25 MP

front selfie camera. The phone is available in three colours Gold, Black, and Sapphire Blue. The device has a plastic body and weighs just 150 grams.

The mobile phone has a Picture in Picture mode. Vivo has also included a gesture-based navigation feature similar to the iPhone X. It comes with a Gesture recognition feature that allows users to launch apps by drawing alphabets when the screen is off. Vivo has also added a separate Settings tab called Smart Motion. It has an Air Operation mode that uses the proximity sensor to wake the phone up when you wave your hand over the display. Other gestures included in the phone are ‘raise to wake’, Smart Stay to keep the display on when you are looking at it and double-tap to wake/ turn off the display. Vivo has also launched the Vivo V9 Pro in India starting at Rs 17990. The phone features a Qualcomm Snapdragon 660AIE processor, combined with 6GB RAM, and 64GB internal storage. It has a dual rear camera setup and a front 24 MP camera.

The Vivo V9 has received a new security update with Version (PD1730F EX_A_6.9.3>). The update brings improvement to the system for better performance, according to the company. The Vivo V9 comes with 16 MP + 5 MP dual rear camera setup. It has a 24 MP front selfie camera.

The Vivo V9 has a tall and narrow 6.3-inch display with 1080 x 2280 pixels display resolution with a 9:19 aspect ratio. The notch at the top of the phone has the selfie camera, an earpiece, and the proximity and ambient light sensors. The notch of the phone is enclosed by the display on either side which gives a higher screen-to-body ratio of 90 percent, according to the company.

The power and the volume buttons of the phone are placed on the right side while the SIM tray sits on the left of the phone. On the top part of the phone, there are no ports. Surprisingly, the phone doesn’t come with the USB Type-C port which has become very common in even budget devices.

The phone has a glossy rear panel made of plastic. The Chinese smartphone maker has provided a clear case in the box with the phone for added protection. It has sleek dimensions of 154.8 x 75.1 x 7.9 mm. Vivo is shipping the mobile phone with a pre-applied screen protector, to protect against scratches.

The Vivo V9 has a dual rear camera setup which includes a 16 MP primary sensor and a 5 MP depth sensor. The company has added AR stickers on the phone. The company says that its AI-powered beautify mode can detect a user’s gender, texture, age, skin tone, and lighting conditions, to enhance images accordingly. The beautify mode also works while making videos on WhatsApp, Facebook Messenger, and other apps.

It also has a panorama mode that controls the shutter speed, exposure, ISO, white balance, etc. The phone comes with a portrait mode, a live photo mode and a shot refocus feature.

Under the hood, the Vivo V9 is powered by a Qualcomm Snapdragon 626 chipset with an octa-core 2.2 GHz processor. The phone comes with 4 GB of RAM and ships with Android 8.1 Oreo OS out of the box with the company’s proprietary Funtouch OS 4.0 UI on top.

The Vivo V9 comes with features like Face Unlock which uses the front-facing camera. Users can also unlock apps using face recognition or via the fingerprint sensor. It has a gaming mode, which rejects calls automatically during active gameplay. Vivo has also added a Picture in Picture mode for gaming, which allows you to run messaging apps at the same time while playing games or watching videos in a floating window.

The smartphone has a Smart Call feature which allows users to answer a call by placing the phone near your ear. Or by simply waving your hand in front of the screen to use in hands-free mode. It has a Smart Low Volume feature, and an App Clone feature as well. The phone comes with a Smart Click feature which allows you to launch the flashlight by long-pressing the volume button when the screen is turned off.

The Vivo V9 comes with a 3260mAh battery but doesn’t support fast charging technology. It has 64 GB of internal storage expandable up to 256 GB via a microSD card slot. The company claims that the phone can charge to zero to 100 percent in two hours. It can easily last for the whole day on a single charge states the company. The mobile phone comes with a decent processor and has battery optimisation features through the company proprietary FuntouchOS. The right side of the display next to the notch shows the battery percentage and other system status icons including Bluetooth, Wi-Fi, and VoLTE.

In terms of connectivity, the phone supports dual-band Wi-Fi, GPS, USB-OTG, 3G, 4G, Bluetooth 4.2, and FM Radio. It has support for 4G and VoLTE, however, only one SIM is able to run 4G network at a time, while the other run on 3G.

Equipped with the configuration for performance, the Vivo V9 is a dual SIM mobile that supports 4G, 3G, and 2G (Indian bands) in both the slots.

It has 64 GB of internal storage expandable up to 256 GB via a dedicated microSD card slot. The Vivo V9 comes preinstalled with a number of apps including Amazon, Flipkart, NewsPoint, Prime Video, UC Browser, WhatsApp, Facebook, and WPS Office.

The Qualcomm Snapdragon 626 (SD626) is a mid-range octa-core SoC which features eight ARM Cortex-A53 CPU cores at up to 2.2 GHz. The platform comes with an Adreno 506 GPU, and a DDR3L-1866 memory controller.

The dual-SIM device comes with Nano-SIM slots. However, only 1 sim slot is capable of running 4G/VoLTE network at a time, while the second slot runs 3G.

The smartphone’s Qualcomm snapdragon soc comes with X9 LTE (Cat 7, 4G+, 300 Mbps down, 150 Mbps up) modem. The chip supports 802.11ac Wi-Fi and Bluetooth 4.1 technology. It is manufactured in 14nm FinFet. The processor performance is higher than the average Snapdragon 625, due to the 200 MHz higher maximum clock speed, according to the company.

The phone comes with a Fingerprint (rear-mounted) sensor, accelerometer, gyroscope, proximity, and compass sensors. Vivo has also loaded the phone with a face unlock feature. It has a wide array of sensors.  The notch on the phone which looks similar to the iPhone X, and houses the selfie camera, earpiece and the proximity and ambient light sensors. 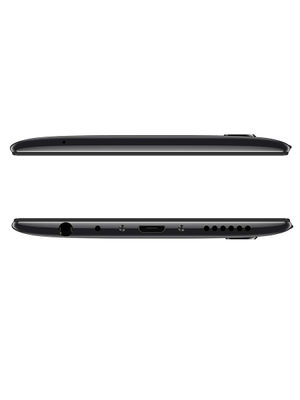 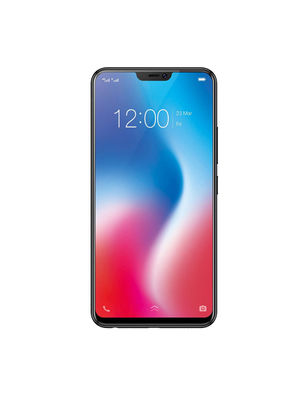 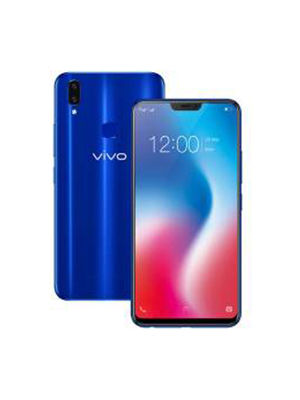 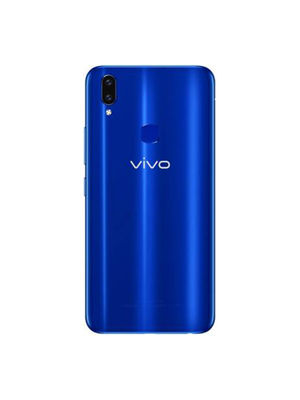 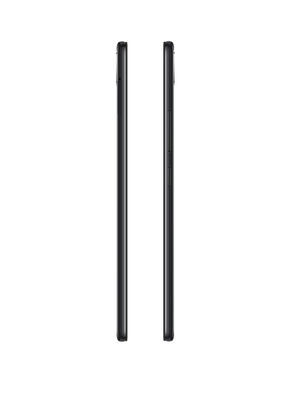 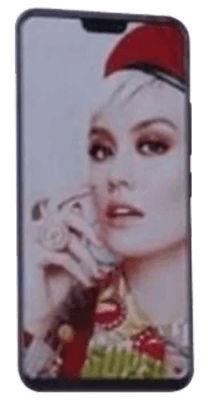 The Vivo V9 features a 6.3 inches IPS LCD with 1080 x 2280 resolution and has Capacitive Touchscreen.

The Vivo V9 has Dual setup with 16 + 5 MP MP arrangement along with a 24 MP selfie camera.

Yes, the Vivo V9 has a fingerprint sensor.

Vivo V9 In News View All

The Amazon is hosting a Vivo Carnival under, which it is offering discounts on Vivo smartphones such as Vivo Nex, Vivo V9 Pro and more. The e-commerce giant has also partnered with HDFC bank and...

Honor recently launched its Honor 8X in India this month, which is exclusively available via Amazon. The smartphone is equipped with a Kirin 710 octa-core processor and priced at Rs 14,999. On the other hand,...

Vivo is all set to launch its new V9 smartphone in India on March 23. The company has already teased that the V9 will come with a notch and dual cameras at the back. However,...

After the Big Billion Days Sale, Flipkart is back with another sale called Festive Dhamaka Days. The sale will open for everyone from tomorrow, but the e-commerce giant has already started teasing customers. During this...