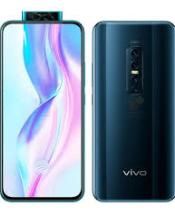 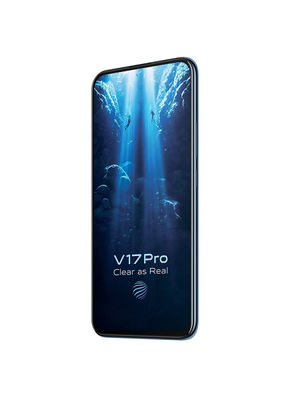 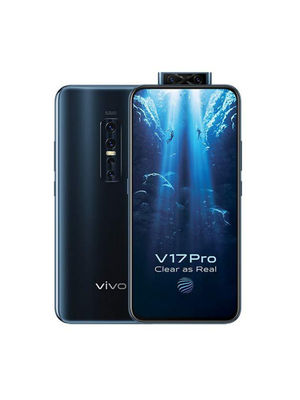 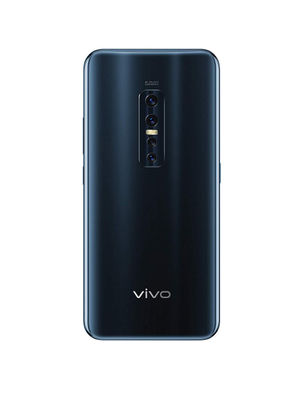 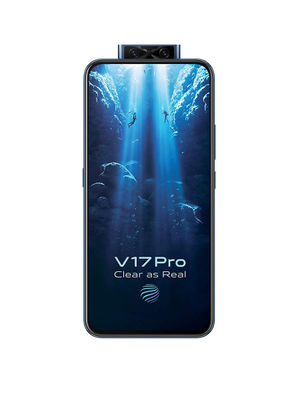 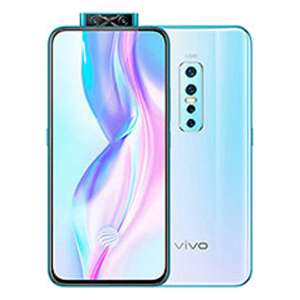 Vivo V17 Pro is the latest phone in the company's V-series and comes with a dual pop-up selfie camera. The Vivo V17 Pro has an artificial intelligence (AI) backed quad rear camera setup with an upgraded HDR feature. It has a Super AMOLED panel with 20:9 aspect ratio and competes with the Redmi K20 Pro and Oppo Reno 2Z in this price range. Like the Vivo V17 Pro, the Oppo Reno 2Z and Redmi K20

Pro also come with pop-up selfie camera modules and a gradient back finishes. VIVO V17 PRO has received a price cut in India and is now available for Rs 27,990.

The Vivo V17 Pro is a camera-centric smartphone with a pop-up selfie camera and a quad rear camera setup. The phone has a 6.44-inch full-HD+ AMOLED display and comes with Corning Gorilla Glass 6 for protection. The phone comes with an in-display fingerprint sensor as well as face unlock for quick access. The device is powered by a Qualcomm Snapdragon 675 quad-core processor and comes with 8 GB of RAM and 128 GB of storage. The rear camera setup includes a 48 MP primary camera, an ultra-wide-angle camera, and a telephoto camera with 2x optical zoom. It has a depth camera for shooting bokeh portraits. The device has a 32 MP selfie camera and supports Night mode. The secondary 8 MP wide-angle camera allows getting more people in one frame.

The Vivo V17 Pro smartphone comes with a dual pop-up selfie camera with a 32 MP primary sensor. It also has a quad rear camera setup which includes a 48 MP primary sensor. Under the hood, the phone is powered by the octa-core Qualcomm Snapdragon 675 processor. The smartphone has received a price cut of Rs 2000 and is now available for Rs. 27,990. It was first launched at Rs 27,990 for the 8 GB RAM + 128 GB storage variant. The smartphone is available at the new reduced price on all leading ecommerce websites.

Vivo V17 Pro smartphone has a 6.44-inch touchscreen display with 1080 x 2400 pixels resolution. The phone has a Super AMOLED display panel and has a gradient back finish with a glass body. The device has 159.00 x 74.70 x 9.80mm dimensions and weighs 202.00 grams. It is available in Midnight Ocean and Glacier Ice colours. The phone sports a nearly all-screen front with no notch and has slim bezels all around. It has an in-display fingerprint sensor, and the on-screen fingerprint icon and unlock animations can be customised.

The phone is powered by a 2GHz octa-core Qualcomm Snapdragon 675 processor with 8GB of RAM. It runs Funtouch OS 9.1 based on Android 9 Pie OS. Connectivity options included in the Vivo V17 Pro are Wi-Fi, Bluetooth v5.00, USB OTG, USB Type-C, 3G, and 4G. It has an array of sensors including accelerometer, ambient light sensor, compass/ magnetometer, gyroscope, proximity sensor, and fingerprint sensor. It comes with face unlock feature.

It runs on Android 9 Pie and is powered by a 4,100mAh non-removable battery with proprietary fast charging technology. It has 128GB of internal storage expandable via a microSD card slot.