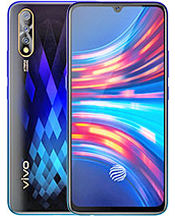 Vivo V17 Neo is announced to be launched in August 2020 & will run on Android 9 OS. The Smartphone will be available in two color options i.e. Black brilliant, Blue Pearl & will also have a built in fingerprint sensor as the primary security feature, along with the host of connectivity options in terms of 3G, 4G, GPS, Wifi, NFC Bluetooth capabilities. The phone will come with 128GB of internal storage.

The Smartphone will be powered by 2 GHz octa

core Mediatek MT6768 Helio P65 (12nm) Processor. A 6 GB of RAM will ensure phone runs smoothly even the most memory intensive applications & show no signs of lag. 128GB of internal storage will be open for expansion upto 256 GB via a microSD card.

Vivo V17 Neo will boasts of dual primary camera of 16 + 8 + 2 megapixel and 32 megapixel front Camera. The Smartphone will have a low camera aperture of f/1.8. It will support high dynamic range(HDR) imaging.

Vivo has already launched a number of new phones this year, and now the company is all set to add to the list by launching the V21 series of phones in India. For now, the...

Vivo recently launched the X60 series of phones in China. At the time of the launch, the series brought with itself three phones -- the X60, X60 Pro and X60 Pro+. And now, the company...

Vivo has added a new device to its Y30 series of phones. The latest device on the list is called the Vivo Y30G which has been launched with a waterdrop notch and dual rear cameras....