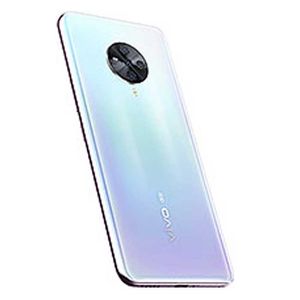 Vivo is gearing up to launch the Vivo S6 5G. The upcoming phone is rumoured to come with a 6.44-inch touchscreen display with 1080 x 2400 pixels resolution and an aspect ratio of 20:9. Under the hood, the Vivo S6 5G is expected to be powered by a 2.2GHz octa-core processor with 6 GB of RAM.

It is rumoured to run on Android 10 based OS and is expected to be powered by a 4390mAh non-removable battery with support for VOOC fast charging. The Vivo S6 5G will pack a 48 MP primary camera; a second 8 MP camera; a third 2 MP camera and a fourth 2 MP camera. It is expected to sport a 32 MP front selfie camera.

It runs on Android 10 based OS and packs 128GB of inbuilt storage. The dual-SIM (GSM and GSM) smartphone will accept Nano-SIM and Nano-SIM cards. The phone is the successor to the Vivo S5 smartphone.

The Vivo S6 5G has a quad rear camera setup which includes a 48 MP primary camera; a second 8 MP camera sensor; a third 2 MP camera sensor and a fourth 2 MP camera. The phone will sport a 32 MP front selfie camera for video calling.

Sensors included on the phone are an accelerometer, ambient light sensor, compass/ magnetometer, proximity sensor, and in-display fingerprint sensor. It supports the face unlock feature as well. The phone runs the company’s proprietary UI which is based on Android 10 OS. It will be powered by an Exynos 980 (8 nm) octa-core processor and Mali-G76 MP5 GPU.

The phone is speculated to come with a 4,390mAh battery with fast charging technology. It will have 128 GB of non-expandable internal storage. A second variant with 512 GB of storage is also expected to be launched.

Connectivity options included in the phone are GPRS, USB Type-C, Wi-Fi, GPS, 3G, and 4G / VoLTE. It has dual sim with dual standby and supports 4G on both SIM cards.

It is rumoured to run on Android 10 OS and comes with a 2.2 GHz octa-core processor with 6 GB of RAM / 8 GB of RAM. It will be launched in two variants one with 128 GB of internal storage and the second with 512 of storage. The phone will be powered by an Exynos 980 (8 nm) octa-core processor and Mali-G76 MP5 GPU.

OnePlus recently launched the Nord CE 5G, and the phone has already started receiving its first software update. The latest update rolling out to users in India is the OxygenOS 11.0.2.2EB13DA update that is quite...

OnePlus Nord CE 5G has officially launched in India and it is a slightly toned-down version of the original OnePlus Nord. The OnePlus Nord CE is now slimmer, more affordable and brings back the headphone...