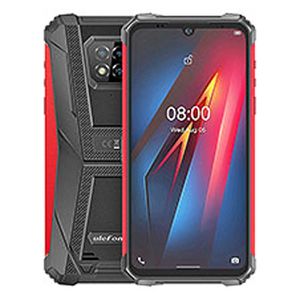 Ulefone Armor 8 is announced to be launched in December 2020 & will run on Android 10 OS. The Smartphone will be available only in one color i.e. Black & will also have a built in fingerprint sensor as the primary security feature, along with the host of connectivity options in terms of 3G, 4G, GPS, Wifi, NFC Bluetooth capabilities. The phone will come with 64 GB of internal storage.

core Mediatek MT6771 Helio P60 Processor. A 4 GB of RAM will ensure phone runs smoothly even the most memory intensive applications & show no signs of lag. 64 GB oof internal storage will not be open for expansion at all.

Ulefone Armor 8 will boasts of dual primary camera of 16 + 5 + 2 megapixel and 8 megapixel front Camera. The Smartphone will have a low camera aperture of f/2.2. It will support high dynamic range(HDR) imaging.

Xiaomi Redmi Note 9T is set to launch on January 8 globally and key specifications and pricing have leaked ahead of the official announcement. The listing for Redmi Note 9T went live on Amazon Germany...

OnePlus has just released the Open Beta version of OxygenOS 5 for the OnePlus 8 and OnePlus 8 Pro. Both devices come with a Snapdragon 865 SoC and were launched earlier this year. The update...

Apple has silently added support for full HD (1080p) video calling via Facetime. The update is said to hit iPhone 8 and above which supported HD (720p) calling till now. The full HD calling will only...