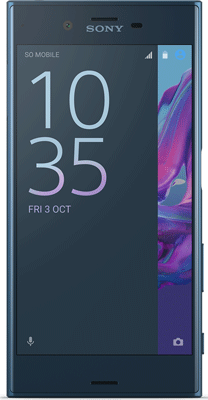 The only reason you will buy this phone is if you are a Sony fan boy. When it comes to audio, camera and overall performance, there are better phones available for the same price point. The OnePlus 3 is a cheaper option, which feels more fluid, but has a simpler camera. If you are looking to pick up a flagship, you can consider the iPhone 7, Google Pixel and even the Samsung Galaxy S7. 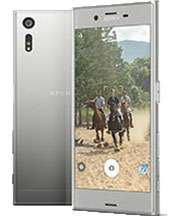 Sony Xperia XZ was launched in September 2016 & runs on Android 6.0.1 OS. The Smartphone is available in three color options i.e. Forest Blue, Mineral Black, Platinum & has a built in fingerprint sensor as the primary security feature, along with the host of connectivity options in terms of 3G, 4G, GPS, Wifi, NFC Bluetooth capabilities. Priced at Rs. 46990 the phone is available with 64 GB of internal storage.

The Smartphone is powered by 2.15 GHz Quad core Qualcomm

Snapdragon 820 Processor. A 3 GB of RAM ensures phone runs smoothly even the most memory intensive applications & still shows no signs of lag. 64 GB of internal storage can be expanded to 256 GB via a microSD card.

The Phone comes with a 2900 mAh battery to support it's 5.2 inch screen with Full HD IPS LCD Capacitive Touchscreen display having a resolution of 1080 x 1920 at 424 ppi. The screen is also protected by a Corning Gorilla Glass.