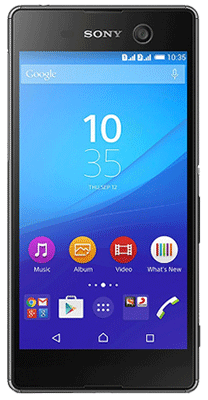 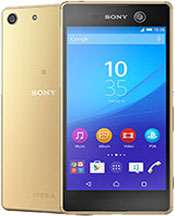 Sony Xperia M5 Dual was launched in May 2017 & runs on Android 5 OS. The Smartphone is available only in one color i.e. default & provides a host of connectivity options in terms of 3G, 4G, GPS, NFC capabilities. Priced at Rs. 27590 the phone is available with 16 GB of internal storage.

The Smartphone is powered by 2 Ghz Octa core Mediatek MT6795 Helio X10 Processor. A 3 GB of RAM ensures phone runs smoothly even the most memory

intensive applications & still shows no signs of lag. 16 GB of internal storage can be expanded to 200 GB via a microSD card.

The Phone comes with a 2600 mAh battery to support it's 5 inch screen with IPS LCD Capacitive touchscreen display having a resolution of 1080 x 1920 at 441 ppi.

Sony Xperia M5 Dual comes with a 21.5 megapixel rear Camera and 13 megapixel front Camera. The Smartphone is also loaded with Optical Image Stablization and has a low camera aperture of f/2.2.

OnePlus Nord to feature dual selfie cameras, could launch on July 10 in India

OnePlus Nord, the much rumoured affordable phone by the company is set to feature dual front-facing cameras, a first for OnePlus. While other smartphone manufacturers have played hard and fast with single and dual selfie...