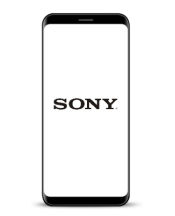 The Sony Xperia 20 is likely to debut at IFA 2019 in September 2019. The phone will have a 6.0-inch FHD+ display and a similar cinematic 21:9 aspect ratio which is similar to its siblings the Xperia 10 and flagship Xperia 1.

The phone will be a midrange offering and come with dual rear cameras and will be powered by a Snapdragon processor. Overall the device will have excellent features and is designed

The Sony Xperia 20 will feature a glass back panel and have a fingerprint sensor placed under the power button on the side.  It will come with a dual horizontally-placed cameras at the back. It will have a slim chin, a 3.5mm headphone socket, and a USB Type-C port for charging. The Xperia phone will also feature thick bezels on the top and bottom, which is similar to the other two Xperia smartphones launched earlier this year.

The phone will be powered by a Qualcomm Snapdragon 710 processor paired with 4GB/6GB of RAM.

It will be available in 64GB internal storage expandable via a microSD card slot. It is expected to be powered by a mammoth battery with fast charging technology.

The exact launch date of the Xperia 20 is not available as of now. Rumours suggest that the phone could be released in Autumn or Winter of 2019.

Sony has been winding up its smartphone business in several countries across the world, so it remains to be seen whether the phone will be launched in the Indian markets or not. It will be interesting to see the pricing of the upcoming smartphone with the competition heating up in the mid-range market.

Realme Narzo 20, Narzo 20A and Narzo 20 Pro have launched in India under the company’s Narzo series. Realme announced the Narzo lineup earlier this year in May with Narzo 10 and Narzo 10A as...

Realme Narzo 20, Narzo 20A and Narzo 20 Pro specifications leaked ahead of launch on September 21

Realme Narzo 20, Narzo 20A and Narzo 20 Pro are confirmed to launch on September 21 and now entire specifications of the three phones have been leaked online. Realme Narzo 20 series has been detailed...