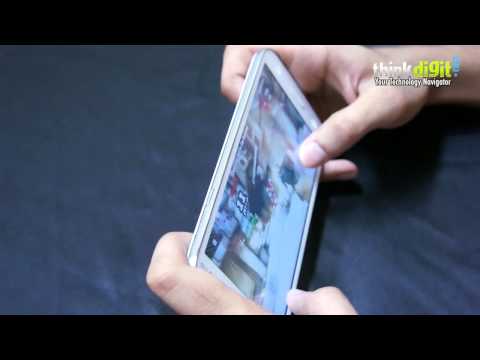 It's difficult to recommend the Galaxy Mega 5.8. To start with you get better specifications from the Huawei Ascend Mate for the same price. Sure, the Mega 5.8 has a good camera; works well as a phone, and features Samsung shenanigans. However, the display and build of the device feel lacklustre when compared to the competition. If you want a device with a really large display that isn't the Galaxy Note II, you should consider the Galaxy Mega 6.3 or the Ascend Mate. If you want a powerhouse of a smartphone for Rs. 25K, there are better options out there.
Read full Review

Samsung Galaxy Mega 5.8 was launched in April 2013 & runs on Android 4.2.2 OS. The Smartphone is available only in one color i.e. default & provides a host of connectivity options in terms of 3G, GPS capabilities. Priced at Rs. 2399 the phone is available with 8 GB of internal storage.

The Smartphone is powered by 1.4 Ghz Dual core processor. A 1.5 GB of RAM ensures phone runs smoothly even the most memory intensive applications & still shows no

signs of lag. 8 GB of internal storage can be expanded to 64 GB via a microSD card.

The Phone comes with a 2600 mAh battery to support it's 5.8 inch screen with TFT LCD Capacitive touchscreen display having a resolution of 540 x 960 at 190 ppi.

Samsung Galaxy Mega 5.8 comes with a 8 megapixel rear Camera and 1.9 megapixel front Camera. The Smartphone has a low camera aperture of f/2.7.