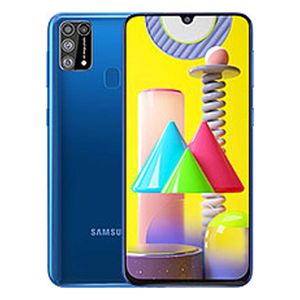 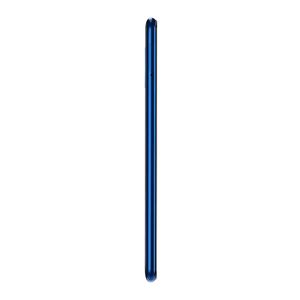 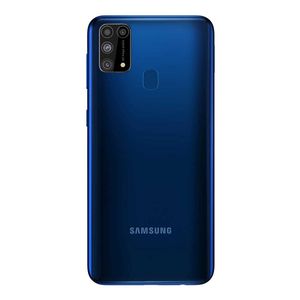 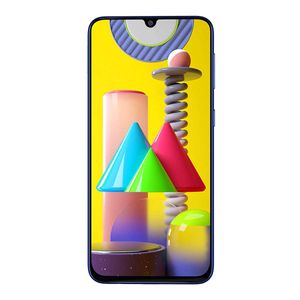 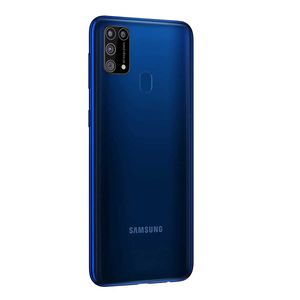 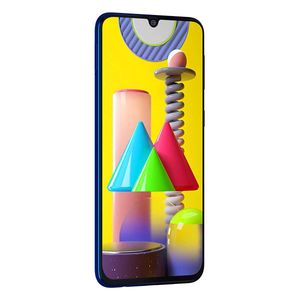 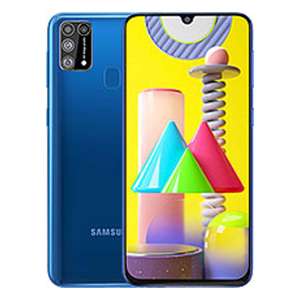 The Samsung Galaxy M31 128 GB smartphone and has a 6.4-inch display with a waterdrop notch at the top. The phone has a 6,000mAh battery and is backed by an Exynos 9611 octa-core processor and gets 6 GB of RAM. The dual SIM smartphone supports 4G as well as VoLTE connectivity. It runs on Samsung’s OneUI 2.0. It has a quad- rear camera setup which includes a 64 MP primary camera. It houses an 8 MP ultra-wide-angle camera, a 5 MP macro camera and a 5 MP depth sensor. Backed by a 6,000mAh battery unit with support for 15W fast charging, Samsung says that the phone can easily last a day on a single charge. Samsung Galaxy M31 128GB ships with Android 10 based OneUI 2.0. The company’s proprietary OS is similar to the one found on the Samsung Galaxy S10 Lite. The South Korean giant has preloaded the smartphone with a number of apps including Candy Crush Saga, Netflix, and Facebook, among others. Samsung also ships the device preloaded with Samsung My Galaxy and Samsung Shop.

Samsung has unveiled an 8 GB RAM model of the Samsung Galaxy M31. The phone is listed on the company’s website in a single storage option and in two colour variants. The phone has a quad rear camera setup which includes a 64 MP primary sensor, an 8 MP secondary sensor, a 5 MP macro shooter, and a 5 MP depth camera. For selfies and video chats, the Galaxy M31 has a 32 MP camera on the front which is housed in the U-shaped notch. It has a 6,000mAh battery. The Samsung Galaxy M31 8 GB RAM / 128 GB variant is listed at Rs. 19,999 on Samsung India website. The phone is available in two colours- Black and Blue.

Samsung has increased the price of the Galaxy M31 and Galaxy M21 smartphones in India by Rs 500 across all models. Both the mid-range phones will now be priced Rs 500 higher. The new prices came into effect last week and are applicable across all variants of these phones. The Galaxy M21 smartphone is now priced at Rs 14,499 while the Galaxy M31 price now starts at Rs 17,499. The South Korean giant has not revealed the reason for the price hike, but it could be due to the rest increase in GST by the Indian government.

Samsung has launched the successor to the Galaxy M30 called the Galaxy M31 128GB. The phone has received the new One UI 2.1 update and includes new camera features. The One UI 2.1 update brings features like Night Hyperlapse, Single Take, and My Filter. The Samsung Galaxy 31 has received the firmware version M315FXXU2ATIB. The size of the software for the Galaxy M31 is 498 MB. The My Filter option included in the One UI 2.1 update for the smartphones which allows users to colours and styles to create custom filters that can be used for future shots. The Single Take feature allows users to use the shutter button to click a series of photos and videos, while the Night Hyperlapse Mode in the update which allows you to shoot low light hyper-lapse videos.

The Galaxy M31 smartphone has a 6.4-inch AMOLED display with a waterdrop notch that Samsung calls the Infinity U display. It has Corning Gorilla Glass 3 for added protection. The phone has an earpiece that sits right above the display. The power and volume buttons are on the right of the device, while the 3.5mm headphone jack, primary microphone, USB Type-C port, and speaker at the bottom of the device. On the top is the secondary microphone. The Galaxy M31 weighs 191grams. The phone is available in two colours, Ocean Blue and Space Black. The Samsung Galaxy M31 128 GB has a plastic body found in all the M series phones. It comes with Corning Gorilla Glass 3 for protection against scratches and bumps.

The Galaxy M31 sports a quad rear camera setup and; has a single 32 MP selfie shooter. The primary camera on the Galaxy M31 has a 64 MP sensor and f/1.8 aperture. There is a second 8 MP ultra-wide-angle camera with a 123-degree field of view and an f/2.2 aperture, a third 5 MP depth sensor and a fourth 5 MP macro camera sensor. The camera comes with a Super Steady mode and can record up to 4K videos.

Under the hood, the smartphone packs an Exynos 9611 SoC which is the same as the Galaxy M30s. The octa-core processor has four performance ARM Cortex-A73 cores and four efficiency Cortex-A53 cores. It is backed by Mali-G72 GPU. Samsung ships the new Galaxy M31 with Android 10 based OneUI 2.0.

Samsung ships the phone with a number of preloaded apps, including Google apps, Netflix, Facebook, Candy Crush Saga, and Samsung Max. Samsung also preloaded its own apps such as My Galaxy and Samsung Shop on the smartphone.

The phone packs in a big 6,000mAh battery and ships the phone bundled with a 15W charger in the box. The Galaxy M31 is available in 128 GB and 64 GB variants. The memory of the phone can be expanded via a microSD card slot.

Under the hood, the smartphone is powered by an Exynos 9611 octa-core processor with four performance ARM Cortex-A73 cores and four efficiency Cortex-A53 cores.  It has Mali-G72 GPU and is available in 4GB/ 64GB storage and 6GB of RAM / 128 GB of storage variants. The phone runs on Android 10 based OneUI 2.0.

The Galaxy M31 has two Nano-SIM slots that support 4G as well as VoLTE connectivity. Apart from the phone supports Wi-Fi, Bluetooth, USB, and GPS.