The Samsung Galaxy M30 has a 6.4-inch Super AMOLED display with a 1080 x 2340 pixels full-HD+ resolution. The phone has a small notch in the centre of the top, which houses the front camera. The phone packs a big 5000mAh battery and ships with a 15W charger in the box. It has an octa-core Samsung Exynos 7904 octa core processor paired with up to 6 GB of RAM. The phone has up to

128 GB of storage and has an option to expand storage by up to 512GB using the dedicated microSD card slot. The Galaxy M30 offers Samsung Experience 9.5 which is based on Android 8.1 Oreo.

Samsung Galaxy M31 smartphone has been launched in India, which is backed by a 6,000mAh battery, a 6.4-inch full-HD+ Super AMOLED display, and a 64 MP rear quad-camera setup. It has an Infinity-U or a water-drop notch above the display which houses the front selfie camera. The Galaxy M31 is priced starting at Rs 14,999.

The Samsung Galaxy M30 has a mesmerizing 6.4-inch bezel-less Super AMOLED display with 2,280 x 1,080 pixels resolution and a pixel density of 394 PPI. The phone has an elegant design with a waterdrop notch, that increases the screen space usage. It is available in black and blue colours. The phone has a beautiful and elegant feel. The phone has sleek dimensions of 159 x 75.1 x 8.5 mm and weighs just 174 grams.

As for optics, it has a triple 13MP + 5MP + 5MP rear cameras at the back, that take an excellent wide-angle snapshot of monuments and portraits. The cameras capture amazing detail and give depth to pictures. The rear camera setup is accompanied by an LED flash, Autofocus, Face detection, etc. which help it to give a nice photography experience. The Galaxy M30 has a 16MP front-facing lens which clicks amazing and brightest selfies even in low/dim light condition. The phone has a digital zooming technology which ensures even the smallest details are visible. The Samsung Galaxy M30 has an excellent camera for a phone in this price segment.

The Samsung Galaxy M30 is powered by an octa-core 1.8GHz Exynos 7904 chipset. It is paired with 4GB RAM that renders smooth and enhances overall performances and can handle most tasks with ease. Mali-G71 MP2 GPU ensures excellent graphics. Connectivity options included in the phone comes with a Nano-SIM. Connectivity options included 3G, 4G-VoLTE, Bluetooth, WIFI, GPS, Glonass, USB Type-C, and Mobile Hotspot. It has an integrated rear fingerprint sensor and comes with other sensors like Light sensor, Proximity sensor, Accelerometer, Compass, and Gyroscope. It offers an excellent browsing experience with no lag. It runs on Android OS.

The smartphone has a 5000 mAh Li-ion battery which is sufficient to keep the device active for long hours. The phone comes with fast charging capabilities and provides talk time up to 31 Hours(2G) according to company claims. The phone houses internal storage of 64GB, which gives ample space for all your files, videos, music, etc. The phone has an expandable memory option up to 1 TB via an external microSD card slot.

Samsung Galaxy M30 (Samsung Galaxy A40s) was launched in February 2019 & runs on Android 8.1 OS. The Smartphone is available in two colour options i.e. Gradation Black, Gradation Blue & has a built-in fingerprint sensor as the primary security feature, along with the host of connectivity options in terms of 3G, 4G, GPS, Wifi Bluetooth capabilities. Priced at Rs. 14990 the phone is available with 64 GB of internal storage.

1) Display is not having any type of protection and that makes it very much prone damage easily.

This device uses Samsung's own Exynos 7904 processor which is Dual and Hexa core combined to make an Octa Core, overall the day to day performance of this mobile is decent but we can't expect much out of it in term of gaming as it . When I checked this device on Antutu it got score of almost 1,00,000 and on GeekBench it scored close to 4100 in multi core test and 1300 in single core test. On GFXBench the score I got was around 4.5 fps which is not that great if you want to play high end games on it but that doesn't mean we can't play games on it. I have played PUBG mobile on Balanced Graphics with Medium Frame Rate on this device and it runs nicely and I have also played Call of Duty mobile on medium settings that too works fine, but this device can get somewhat warm after long sessions of gaming. This device is great for casual games and not that high end graphics demanding games.

This device came with Android Oreo 8.1 out of the box which was pretty dated at that time with Experience UI on top of it, but after couple of updates this device runs on Android 10 with One UI 2.0 Core which works beautifully.

The performance and RAM management of this device is quite good and no one will face any lag during their day to day activities, the phone feels very snappy even though it doesn't have high specs so the software is amazingly optimized for this one for sure.

All in all this device has many of Samsung's useful apps preinstalled, I like the Samsung's Music player so much.

This device has a massive battery i.e 5000 mAh support which can easily last more than a day on a single charge easily with moderate usage, and when I am using this device to watch videos, listening to music, play games casual games, be on social media, surfing the web then it easily lasts me a day without having me to charge it.

This device also supports fast charging which can easily charge the full battery in more or less 2 hrs starting from zero.

The design of this device is very much similar to many of the other mobiles out there then too its kinda different, that's because it has a teardrop drop type notched display and it tries to avoid the bezels as much as possible making it one of the beautiful designs in this price segment.

The Display in this device is 6.4" FHD+ SAMOLED and I guess it was one of the best display available at that time in that price point and that was among one of its key selling points, and because of this only I got this one so that I can consume my media on this beautiful SAMOLED display during my commute. Samsung calls this as Infinity U display and since its SAMOLED then its more brighter and vibrant as compared to the other devices in this segment. I wish they had some sort of protection available on the display that would have made it an all rounder,

This phone has a Triple Camera setup which is 13MP + 5MP +5MP that do a good job in clicking very good pictures during daytime and under good lighting conditions. The videos can be recorded in in 1080p with 30fps.

The photos taken under low light conditions with the rear camera are also good but not that good, it would have been great if there would have been some feature like night mode to take good pictures at night

The front camera is 16MP which is great at taking selfies as well as doing video calls and it is showing its proper use during these times.

This phone is very good for people who want to consume media, do some casual gaming and wants a decent camera. The call quality of this device is also great and the speaker performs decently. There are many other features available Widevine L1 certification which is great if we want to stream contents on Netflix, Amazon Prime and so on. It also has support for Dolby ATMOS surround sound which will work wonders with a good pair of Headphones. I would definitely recommend this device after more than one year of its release to the people who just want a good daily driver with no interest in gaming, and at this point in time they can get amazing deals on this one making this mobile a much more sensible buy in comparison of many cheap offerings of some random companies. Its one of the best offerings from Samsung in recent years and I highly recommend it.

All I can say for the people going to buy this device is that: "May the force be with You" 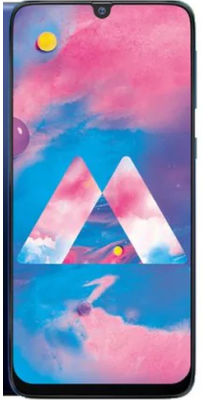 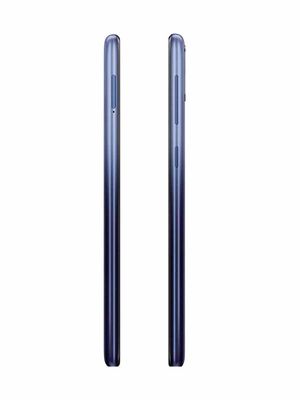 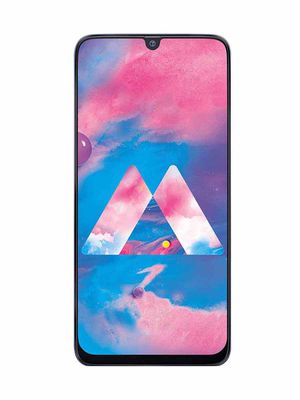 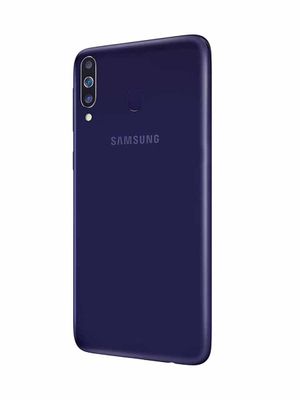 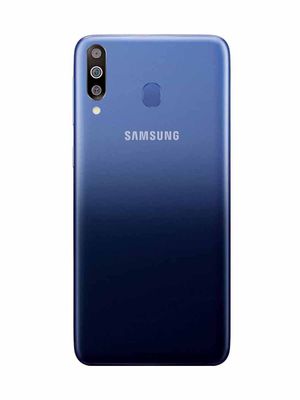 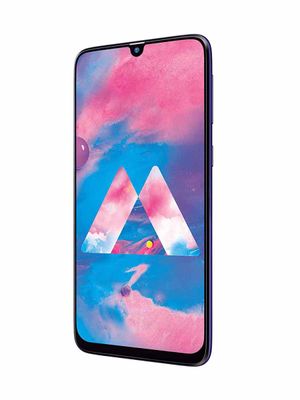 The Samsung Galaxy M30 features a 6.4 inches Super AMOLED with 1080 X 2280 resolution and has Capacitive.

Yes, the Samsung Galaxy M30 has a fingerprint sensor.

Samsung is all set to unveil its M30 in India today at 6 PM. As per the company, the phone will come with a 6.4-inch Super AMOLED display and a triple camera setup on the...

Highlights: Samsung to launch Galaxy M30 on February 27 in India Samsung India teased the phone with a video on Twitter The phone will come with a triple camera setup   Samsung India has announced that...