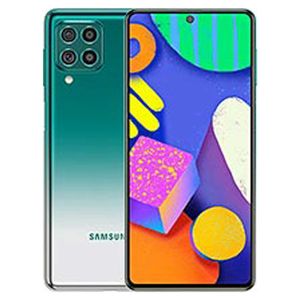 The Samsung Galaxy F62 brings to the mid-range segment a flagship SoC and a kind of battery life that is only been seen in the M-series. We note that the Samsung Galaxy F62 has decent performance, going toe-to-toe with the best in the segment like the OnePlus Nord, with the battery life of almost two days giving it an edge over the existing competition. Where the Samsung Galaxy F62 skims out on segment-standard features is a high refresh rate display and the lack of HDR certification. It also comes with only a mono speaker, so using earphones or headphones while consuming content on the phone is highly recommended.

Samsung Galaxy F62 is a part of the F-series and has a 6.70-inch touchscreen display with 1080 x 2400 pixels resolution. It has an aspect ratio of 20:9. The phone is powered by an octa-core Samsung Exynos 9825 processor with 6 GB of RAM. It runs Android 11. It is powered by a 7000mAh battery and supports proprietary fast charging.

The phone is a part of the

Samsung Galaxy F-series that was introduced in October last year — with the Galaxy F41. The Samsung Galaxy F62 price starts at Rs. 23,999 for the 6 GB RAM + 128 GB storage variant, while the 8 GB RAM + 128 GB storage model is priced at Rs. 25,999. The phone is available in Laser Blue, Laser Green, and Laser Grey colours. The phone is available for purchase via the Samsung India online as well as leading online and offline stores.

Flipkart has also announced a Smart Upgrade Programme under which customers can avail the Galaxy F62 by paying 70 per cent of its price. After a year, customers will have the option to choose to return the device to upgrade to the latest Galaxy series smartphone or pay the remain 30 per cent of the original price.

It has a quad rear camera setup which includes a 64 MP primary camera; a 12 MP camera; a 5 MP camera and another 5 MP camera. On the front, the device has a 32 MP selfie camera. Both the front and rear cameras on the smartphone come with 4K video recording support.

The Samsung Galaxy F62 runs on the company’s proprietary One UI 3.1 which is based on Android 11. The phone is powered by an octa-core Samsung Exynos 9825 processor with 6 GB of RAM. Sensors included on the phone are an ambient light sensor, a compass/ magnetometer, an accelerometer, a gyroscope, a proximity sensor, and a fingerprint sensor.

The phone packs 128 GB of inbuilt storage that can be expanded via a microSD card (up to 1000GB). It is powered by a 7000mAh battery and supports proprietary fast charging that the company claims take less than two hours to fill the entire capacity.

OnePlus 9 Pro could feature an LTPO (Low-Temperature Polycrystalline Oxide) display, as per the latest leak. We have previously seen Samsung use an LTPO display on the Galaxy S21 Ultra, Note 20 Ultra, though it...