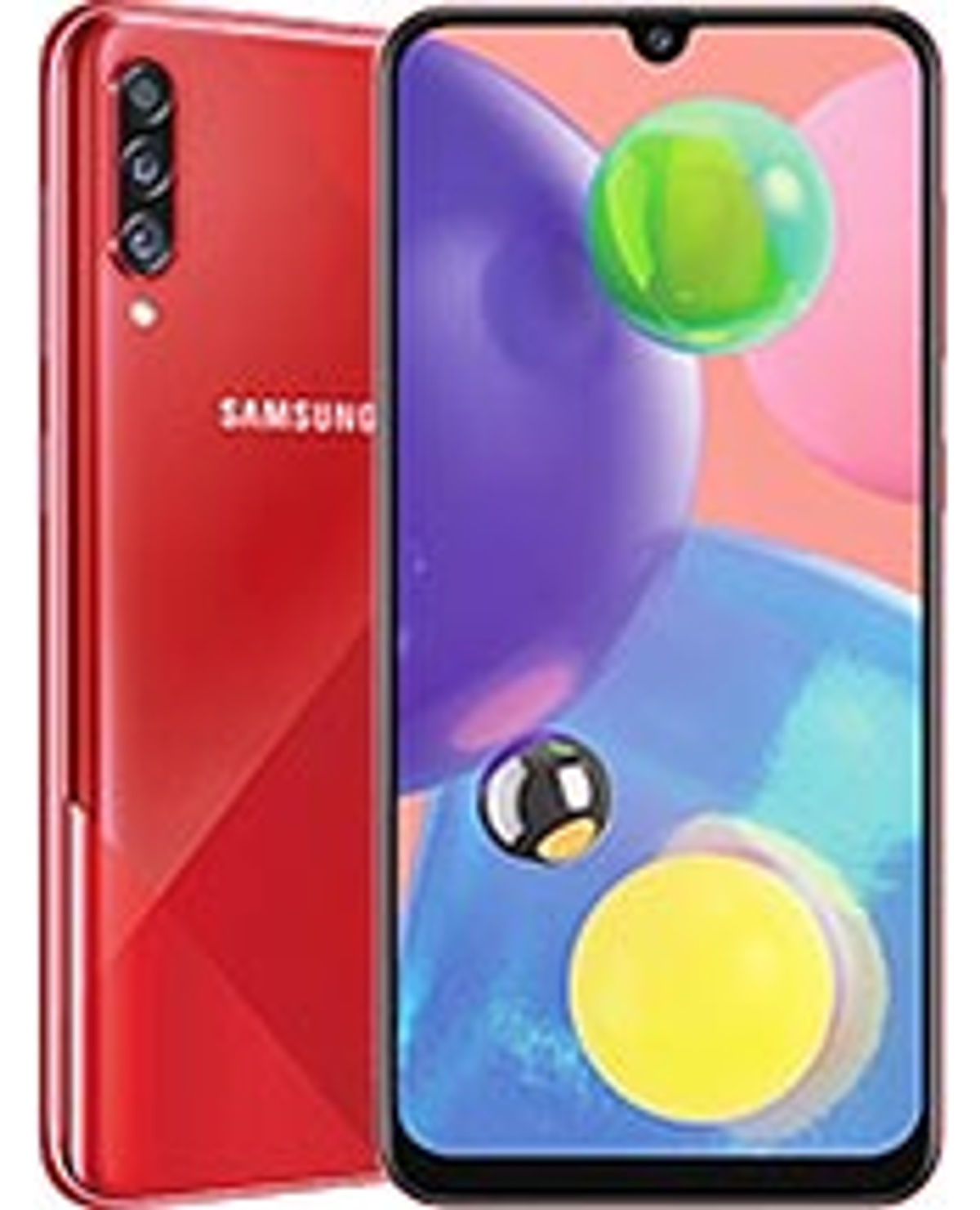 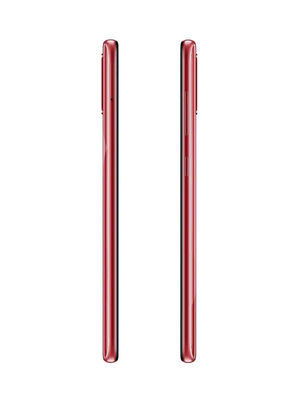 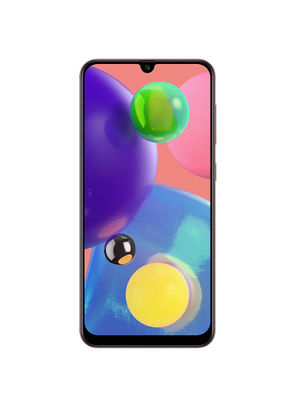 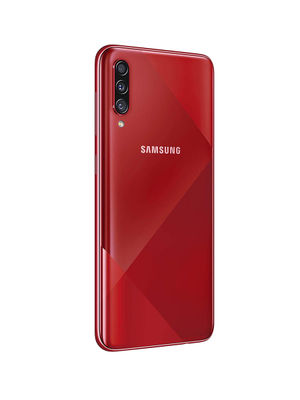 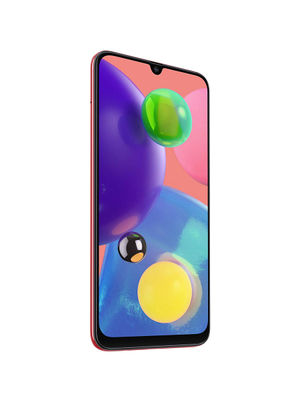 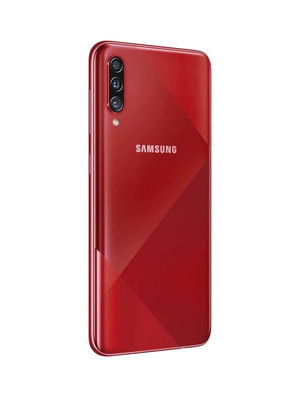 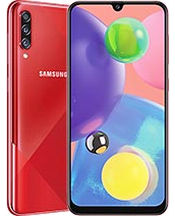 The Samsung Galaxy A70s is the latest smartphone under the A-series and comes with a 6.70-inch touchscreen display with 1080x2400 pixels resolution and an aspect ratio of 20:9. It is powered by an octa-core Qualcomm Snapdragon 675 processor with 6GB of RAM. It runs Android 9 Pie and is powered by a 4500 mAh battery with support for fast charging.

The mobile phone has a triple rear camera that packs a 64 MP primary camera by Samsung; a second 5 MP camera and a third 8 MP camera. It has a 32 MP front selfie camera. It packs a 128GB of inbuilt storage that can be expanded up to 512 GB via a microSD card slot. The A70s has an optical in-display fingerprint sensor as well as a Face Unlock feature for security. The device comes with a 64MP Camera with Night Mode and a super steady video. The Samsung Galaxy A70S 70s is the successor of the Galaxy A70. It houses the same Qualcomm Snapdragon 675 processor, as well as the same 6.7-inch FHD+ display. The A70s brings major changes in the camera department, with the rear camera resolution upgraded to a 64 MP sensor.

The Galaxy A70s looks similar to the Galaxy A70 in terms of design and build. It has a 6.7-inch (20:9) display with full HD+ resolution. The phone has an AMOLED screen and comes with an unspecified version of Gorilla Glass for protection against scratches. The device has an 86.0% screen-to-body ratio and a pixel resolution of 1080 x 2400 pixels.

Samsung has placed its own 64MP sensor, with an 8MP wide-angle sensor and a 5MP depth sensor. On the front, there’s a 32MP sensor for clicking selfies and making video calls.

The Samsung device comes with a Bayer filter which has four tiny 8-micron pixels underneath one colour block (RGB) and the output from the four tiny pixels is combined into one. The new technology had led to an improvement in image quality, says the company. The camera comes with features like LED flash, panorama, and HDR shot. The phones don’t support 60fps videos, and the lens does not support 4K video recording.

Under the hood, the mobile phone is powered by an 11nm Qualcomm Snapdragon 675 octa-core chipset with 6/8 GB of RAM. The phone uses the same processor as the Xiaomi Redmi Note 7 Pro.

It has a ‘Link to Windows' feature which is a shortcut toggle to connect your phone to a Windows PC.

The Samsung Galaxy A70s packs a 4500mAh battery which is found in all mid-range and high-end Samsung phones launched in the last few months. It supports 25W USB PD fast charging. The Galaxy A70s has 128 GB of internal storage expandable up to 512 GB via a microSD card slot.

The phone delivers an internet usage time of up to 16 hours and up to 24 hours of video playback. It has an Audio Playback Time (Hours) of up to 128 hours. It has a talk time of up to 28 hours, claims Samsung.

The Samsung Galaxy A70s comes with a number of connectivity options including Wi-Fi, GPS, and Wi-Fi Direct. Both the USB Type-C port and the audio jack are placed at the bottom edge of the phone. The SIM tray has a separate slot for the micro SD card to expand memory. The phone supports Bluetooth, 3G, 4G, NFC, and VoLTE connectivity.

The phone comes with a hybrid sim tray where a secondary SIM can be swapped with a microSD card slot to expand the memory of the phone. It is available in two configurations which are 6 GB RAM + 128 GB internal storage and 8 GB + 128 GB storage variants. Both the variants are powered by Qualcomm Snapdragon octa-core 675 processor and run on Android 9.0 OS.

Samsung has also added certifications that allow you to view high-quality HD content in apps like Netflix and Amazon Prime on the mobile phone. It comes with an FM Radio.

For audio, a mono speaker is placed at the bottom of the device. The new Samsung phone retains audio jack and has output audio via USB Type-C port. In the box, you will get a Travel adaptor with USB-C port, a Stereo Headset in-ear type with volume controls, 3.5mm compatible. A USB-C Data cable, a Plastic case, a SIM Ejector, a User manual, and documentation.

Sensors on the phone include an ambient light sensor, accelerometer, compass/ magnetometer, proximity sensor, and fingerprint sensor. The One UI on A70s is similar to the colour pre-sets as this years’ flagship Samsung S-series and Note phones i.e., ‘Vivid’ and ‘Natural’. The phone also comes with a Night Mode and an Always-on mode.

Samsung Galaxy A70S In NewsView All