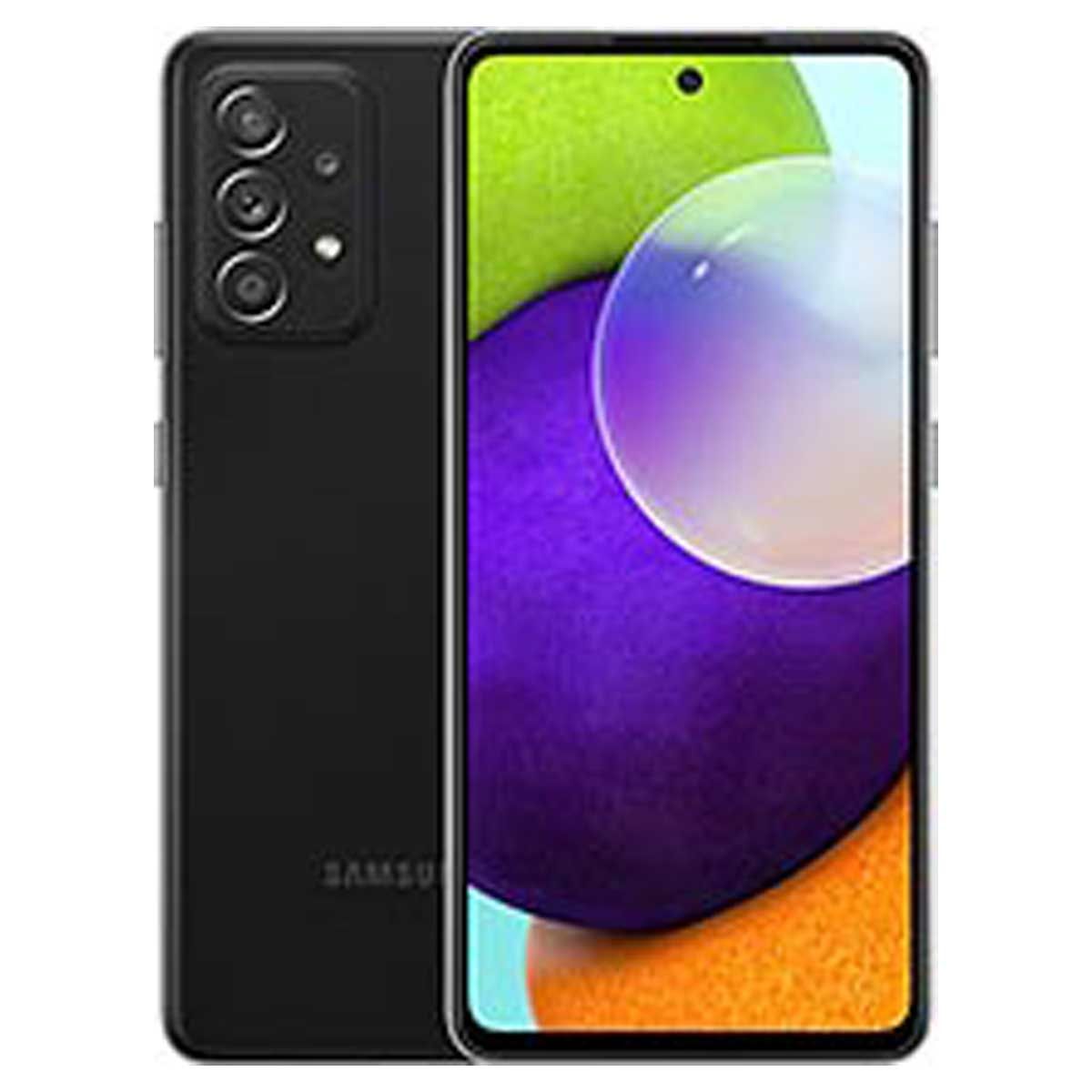 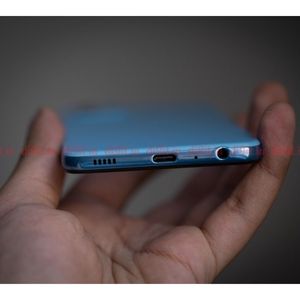 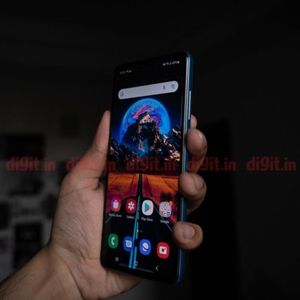 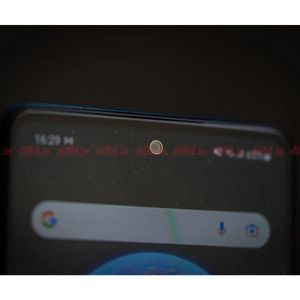 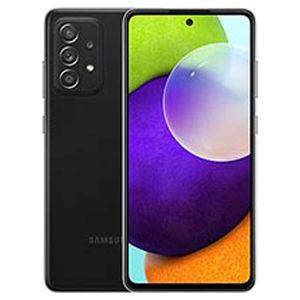 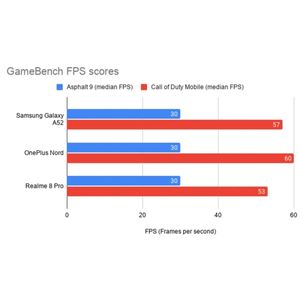 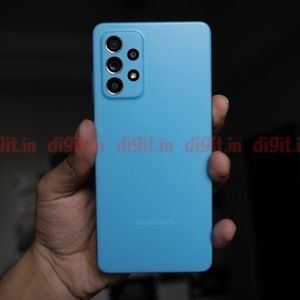 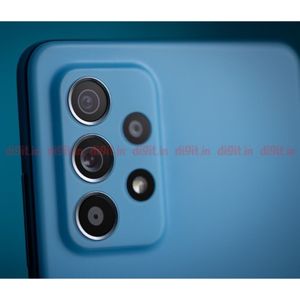 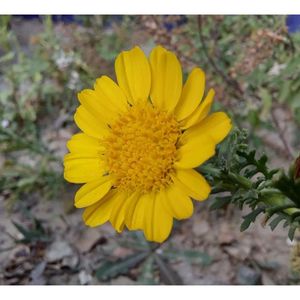 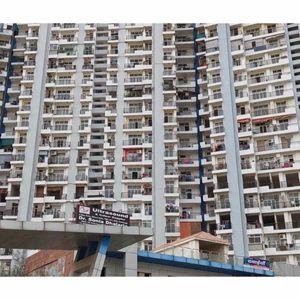 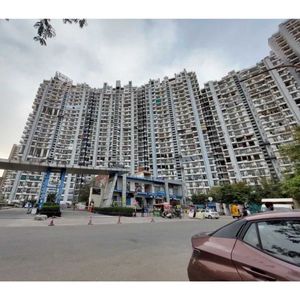 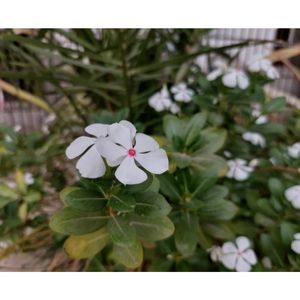 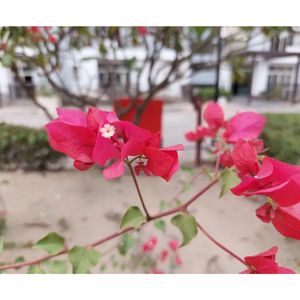 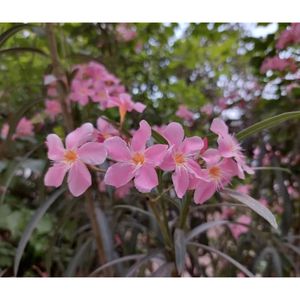 The Samsung Galaxy A52 is a decent smartphone for its asking price but leaves a lot to be desired especially since you’re spending upwards of Rs 25,000. It does give users a viable alternative in the face of OnePlus Nord and the likes but does little to stand out in the crowd. It looks good in the hand and the matte finish on the back steers it clear of fingerprints and smudges. However, the biggest gripe is the fact that while the A52 supports 25W fast charging, Samsung wants users to pay for an additional adapter.

Samsung Galaxy A52 4G in pictures View All

Samsung Galaxy A52 4G has been launched in India. The phone is one of Samsung’s latest devices to be announced in India, and offers a lot to like. This is because it comes with an interesting spec sheet and a feature set to match what most users demand today. The new Samsung Galaxy A52 4G is a phone that among other features also offers an IP67-certified dust- and water-resistant design. The Galaxy A52 comes with quad rear cameras and a hole-punch display design to house the front camera of the device.

The Galaxy A52 4G offers a big battery which can easily last for over a day on a single charge -- although Samsung claims the phone can provide 2 days worth of use on a charge. Apart from this, the Samsung Galaxy A52 also gets a 6.5-inch full-HD+ Super AMOLED Infinity-O Display with a 90Hz refresh rate. 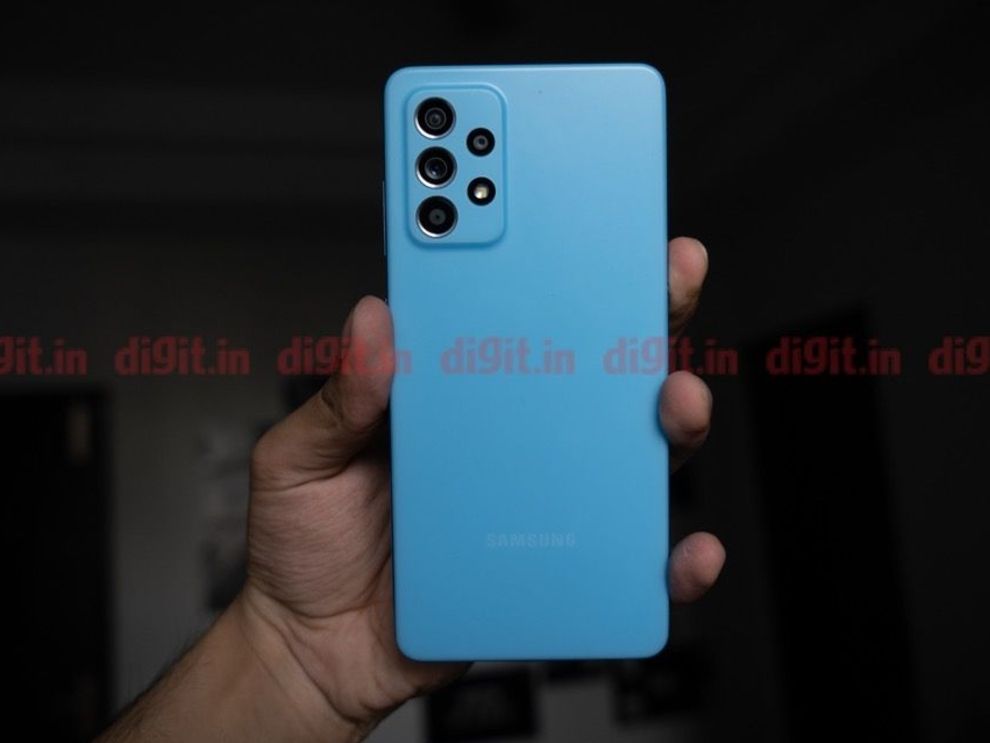 Samsung Galaxy A52: Price in India

Samsung Galaxy A52: Design and display

As we had explained in our review of the Galaxy A52, right out of the box, the Galaxy A52 looks different from the previous generation of Galaxy A-series phones. It does not feel bulky in the hand as the build is entirely plastic. The Galaxy A52 measures 8.4 millimetres in thickness and weighs 189 grams which makes it pretty lightweight. The Galaxy A52 is being offered in four distinct colours: Awesome Black, Blue, White and Violet with each of them having a subdued matte finish.

The phone has dimensions of 159.9 x 75.1 x 8.4 mm and weighs 189 grams. The Samsung Galaxy A52 features a 6.5-inch Super AMOLED display with a punch-hole cutout in the top centre and a noticeable chin. The display supports a 90Hz refresh rate and is topped with a layer of Gorilla Glass 5 for added protection against daily wear and tear. The high refresh rate support which Samsung calls ‘Motion Smoothness’ allows users to choose between fluid animations effects at 90Hz or 60Hz which does not tax the battery ever so often.

Overall, the Galaxy A52 is well built and has a great display for watching videos or binge-watching shows on Netflix. Of course, Samsung has tried to cut costs by opting for a plastic build but it also provides a 90Hz display that makes the phone feel smoother in daily use. 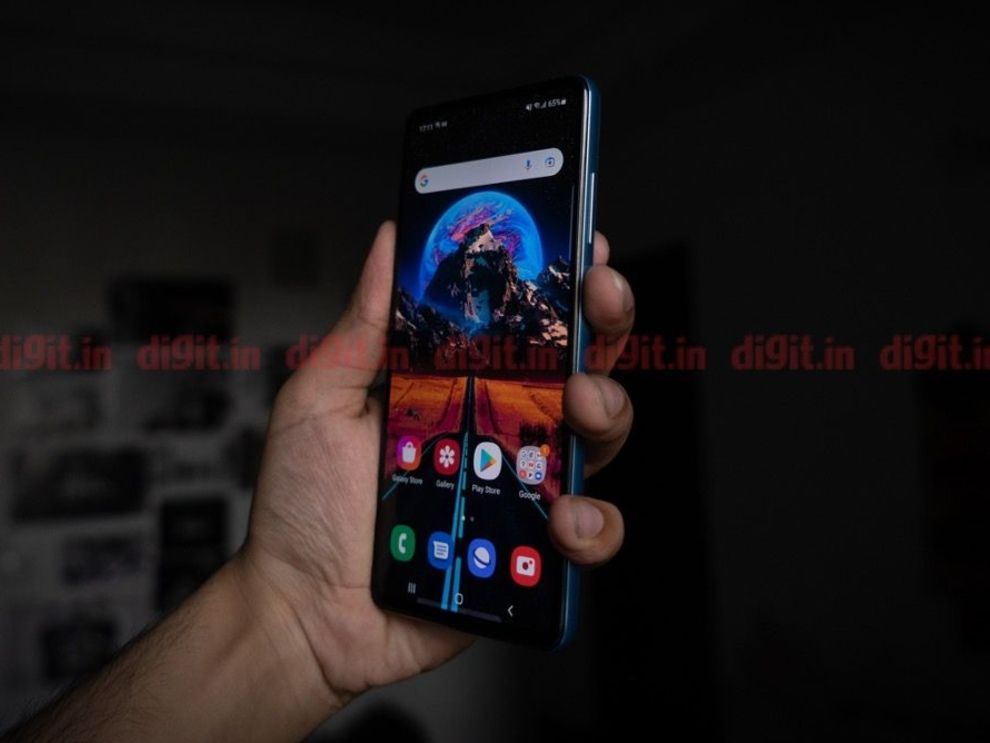 The Samsung Galaxy A52 comes with a quad camera set-up on the back headlined by a 64MP primary camera with an f/1.8 aperture and OIS support. Sat next to it is a 12MP secondary ultra-wide-angle camera with a 123-degree field of view followed by a 5MP depth sensor for creating pictures with shallow depth of field and a 5MP macro camera for extreme close-up shots.

Additionally, the camera also offers 2x, 4x and 10x digital zoom levels. The cameras can record in 4K UHD at 30FPS and in 1080p at up to 60FPS. On the front, there is a 32MP selfie camera housed within the notch cutout which also has the ability to record in 4K at 30FPS. The primary 64MP camera sensor uses pixel binning to produce 16MP images and also offers the ability to capture full-resolution 64MP pictures.

As our review highlights, during the night or in low-lit conditions, the cameras don’t perform and pictures are filled with noise. The night mode does help in brightening the frame but it takes a good 3-4 seconds to capture the image and crops the frame for 12MP resolution. 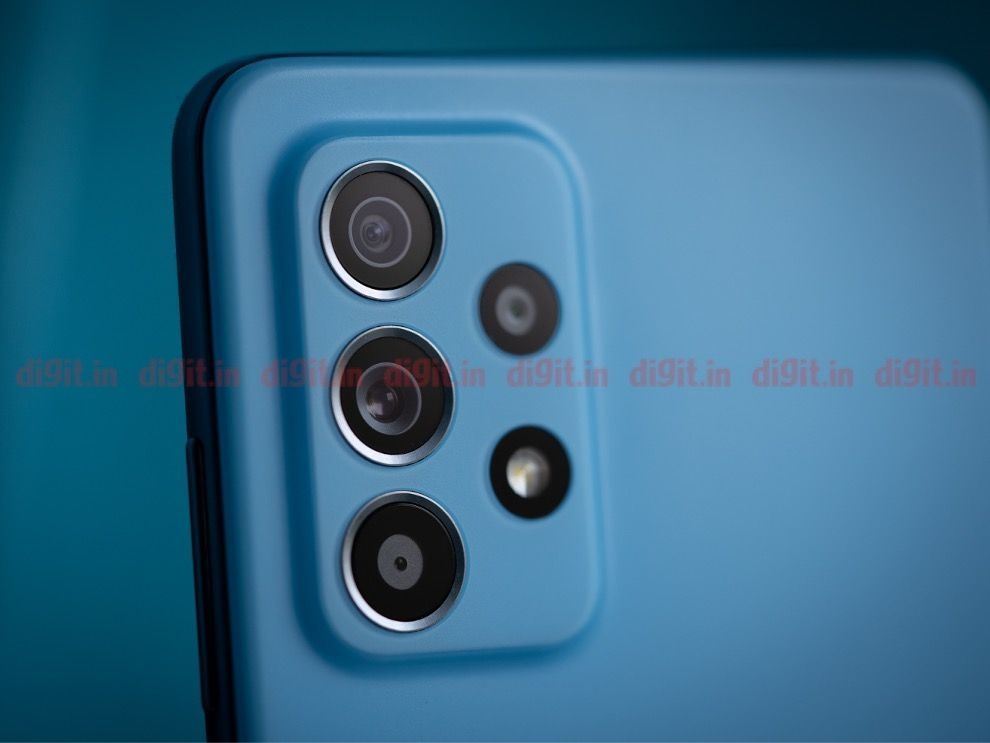 The Samsung Galaxy A52 comes with a Qualcomm Snapdragon 720G under the hood. The phone has an octa-core CPU where two prime Kryo 465 Gold cores are clocked at 2.3GHz while six power-efficient Kryo 465 Silver cores run at 1.8GHz. This is paired with the Adreno 618 GPU for handling the graphics duties and is being offered with 6GB/8GB of RAM and 128GB storage. The phone comes with Android 11 based One UI 3.1 with the February 2021 security patch.

By 2021 standards, this is a dated processor. We have seen it power much more affordable smartphones such as the Redmi Note 9 Pro, Realme 7 Pro and Oppo Reno 4 Pro. But that doesn’t mean the Galaxy A52 is an underpowered phone.

As we found during our review, the Galaxy A52 was able to power through most tasks with ease as we did not face any major lags and stutters, thanks in part to the high refresh rate display which made things much smoother. Having said that, our experience was not without any hiccups as we faced slow app launches at times. The animations across the UI were mostly smooth and gave us an impression of being snappy and overall, we still think that in general use the phone will be able to drive most apps without any apparent lag.

The gaming performance of the Galaxy A52 was a different kind of disappointment as we faced a lot of stutters and frame drops while playing titles such as Call of Duty Mobile, Asphalt 9, Injustice 2, Shadow Fight 3 and more. 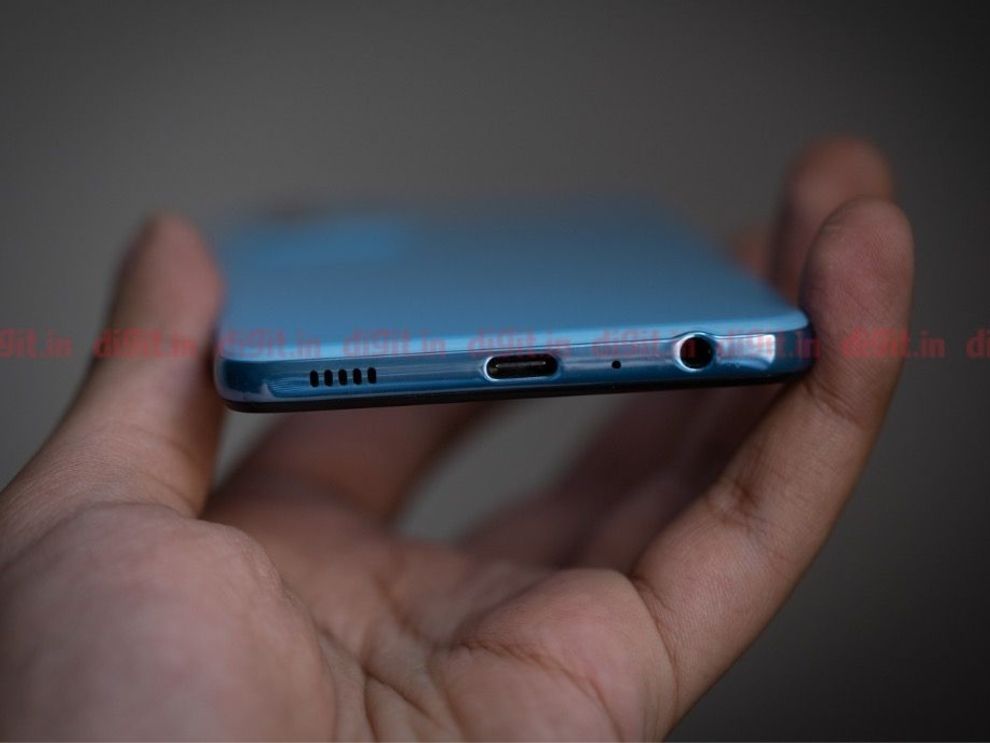 Samsung’s Galaxy A52 comes with a 4,500mAh battery that supports up to 25W fast charging. Sadly though, Samsung ships the Galaxy A52 with a 15W adaptive fast charging adapter instead of the 25W which has to be bought as a separate accessory.

The Samsung Galaxy A52 is a good offering for its asking price however it is not without its share of concerns. At a starting price of Rs 26,499, the phone offers an all-plastic build, a Snapdragon 720G processor under the hood. It also does not arrive with a 25W fast charger out-of-the-box. Samsung has attempted to balance this by offering IP67 dust, water and Gorilla Glass 5 protection, 90Hz refresh rate Super AMOLED display, 64MP quad cameras that generally work well in well-lit conditions and a long-lasting battery.

The gaming performance of the Galaxy A52 4G is not the best in the segment. During our review, we faced a lot of stutters and frame drops while playing titles such as Call of Duty Mobile, Asphalt 9, Injustice 2, Shadow Fight 3 and more. This was also corroborated with the real-world gaming performance of the Galaxy A52 which we measured using Gamebench. While playing COD Mobile, the phone registered 57FPS with an 81% stability while Asphalt 9 ran at 30FPS at 89% stability.

For the Galaxy A52 4G, Samsung has used matte finish plastic at the back. This makes the phone quite lightweight. The Galaxy A52 is being offered in four distinct colours: Awesome Black, Blue, White and Violet with each of them having a subdued matte finish.

Samsung Galaxy A52 4G In NewsView All