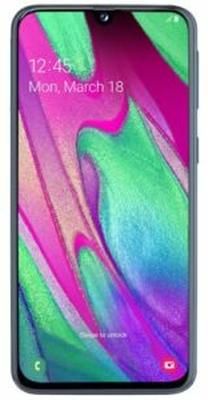 Current Best Price of Samsung Galaxy A40 is ₹ 0

Samsung Galaxy A40 is announced to be launched in February 2020 & will run on Android 9 OS. The Smartphone will be available in more than three color options i.e.Black, White, Blue, Coral & will also have a built in fingerprint sensor as the primary security feature, along with the host of connectivity options in terms of 3G, 4G, GPS, Wifi, NFC Bluetooth capabilities. The phone will come with 64 GB of internal storage.

The Smartphone will be powered by 1.8 GHz Octa core Exynos 7885 Octa (14 nm) Processor. A 4GB of RAM will ensure phone runs smoothly even the most memory intensive applications & show no signs of lag. 64 GB of internal storage will be open for expansion upto 512 GB via a microSD card.

Samsung Galaxy A40 will boasts of dual primary camera of 16 + 5 megapixel and 25 megapixel front Camera. It will support high dynamic range(HDR) imaging.

Samsung is gearing up to launch the successor to the Galaxy A40 called the Samsung Galaxy A41 smartphone. The phone was spotted on the Bluetooth SIG and Wi-Fi Alliance website. The phone will run on Android 10 and will support dual-band Wi-Fi 802.11ac along with Wi-Fi Direct support and Bluetooth 5.0.

Samsung has launched the Galaxy A50 128 GB smartphone in India. The phone has a 6.44 inch Super AMOLED Display and 1080 x 2340 pixels resolution. It is powered by an octa-core Exynos 9610 processor and runs on Android 9.0 OS. The device comes with a triple rear camera setup and a 25 MP front camera.