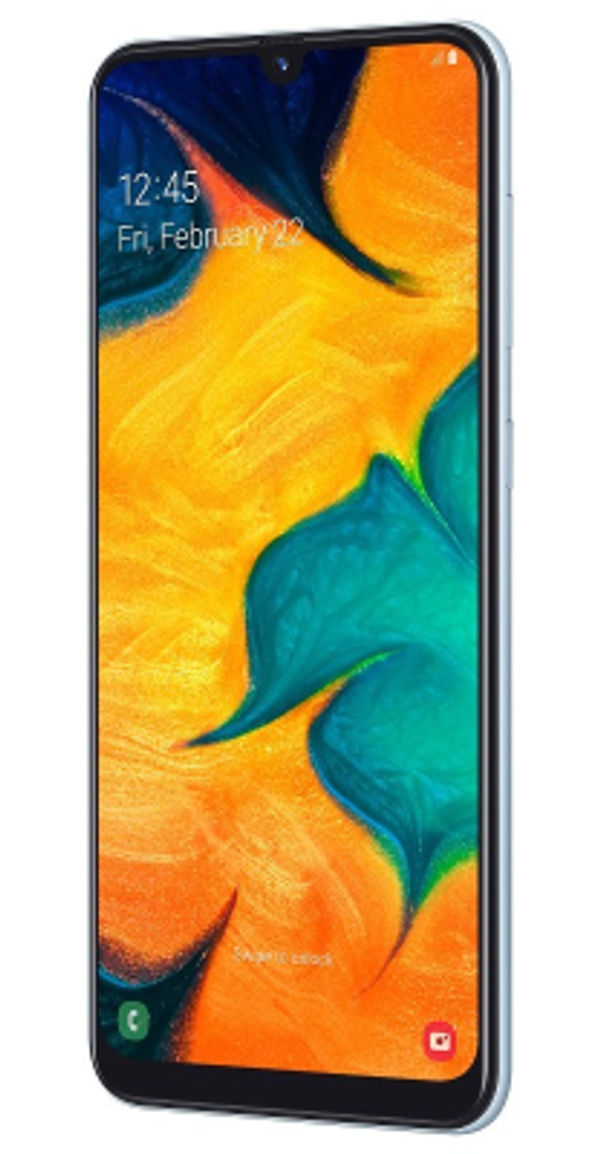 Digit Rating for Samsung Galaxy A30

Despite the occasional performance hiccups, the Samsung Galaxy A30 offers good value overall and a pleasant widescreen video-watching experience for the Rs 16,990 it commands in the market.

Samsung Galaxy A30 Price in India

Samsung Galaxy A30 was launched in February 2019 & runs on Android 9.0 OS. The Smartphone is available in three color options i.e. Black, White, Blue & has a built in fingerprint sensor as the primary security feature, along with the host of connectivity options in terms of 3G, 4G, GPS, Wifi, NFC Bluetooth capabilities. Priced at Rs. 16990 the phone is available with 32 GB of internal storage.

The Smartphone is powered by 2.2 GHz

Octa core Exynos 7885 Octa (14 nm) Processor. A 3 GB of RAM ensures phone runs smoothly even the most memory intensive applications & still shows no signs of lag. 32 GB of internal storage can be expanded to 512 GB via a microSD card.

The Phone comes with a large 4000 mAh battery to support it's 6.4 inch screen with Super AMOLED display having a resolution of 1080 x 2340 at 403 ppi. The screen is also protected by a Corning Gorilla Glass.

Samsung has launched the Galaxy A30, called the Samsung Galaxy A31 which features a  6.40-inch touchscreen display, a MediaTek Helio P65 2GHz octa-core processor, a 5000mAh non-removable battery with support for fast charging. It has a quad rear camera setup which includes a 48 MP primary sensor and has a 20 MP selfie camera. 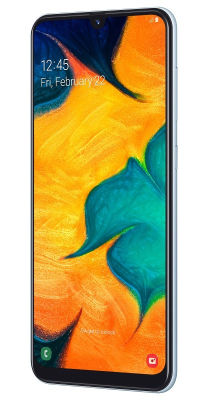 The Samsung Galaxy A30 features a 6.4 inches Super AMOLED with 1080 x 2340 resolution and has Capacitive.

Yes, the Samsung Galaxy A30 has a fingerprint sensor.

The Samsung Galaxy A30 is available with 3 GB sizes to choose from.

Samsung Galaxy A30 In News View All

Samsung has discounted its Galaxy A10, Galaxy A20 and Galaxy A30 smartphones in India. The three handsets were launched in the country back in February and target different price segments. The phone manufacturer announced the Galaxy...