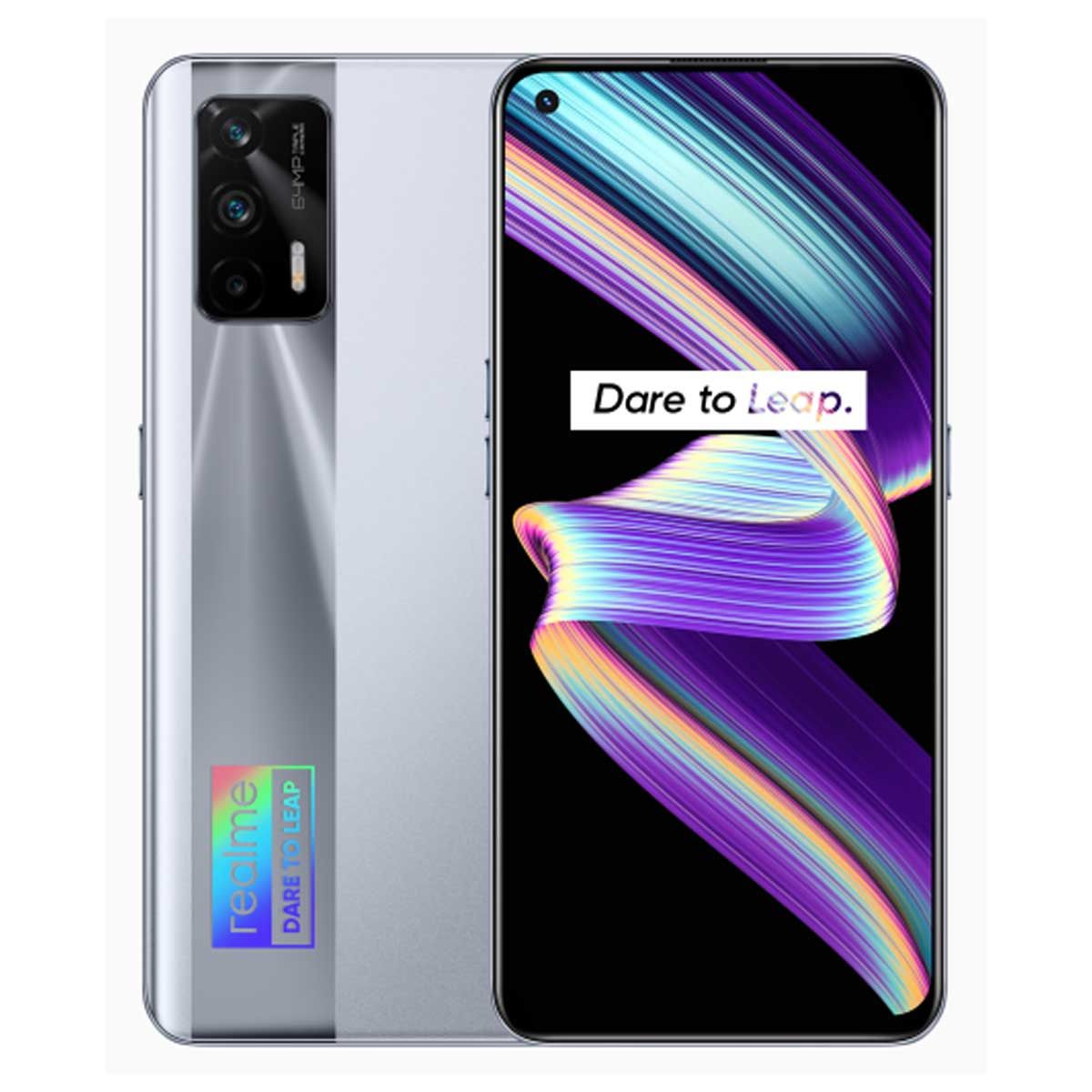 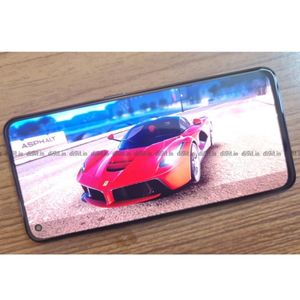 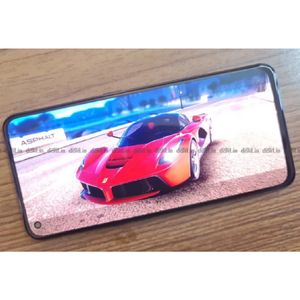 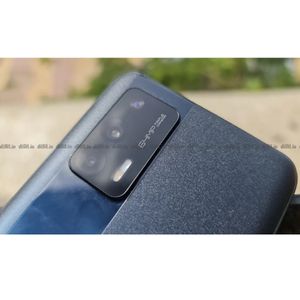 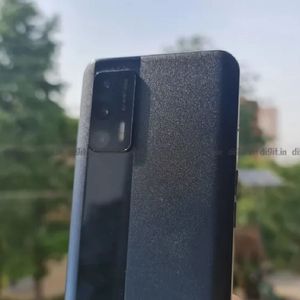 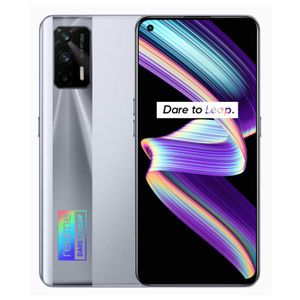 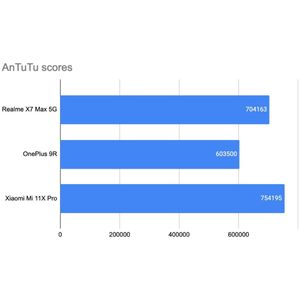 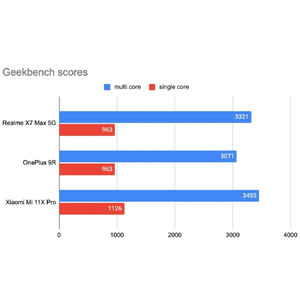 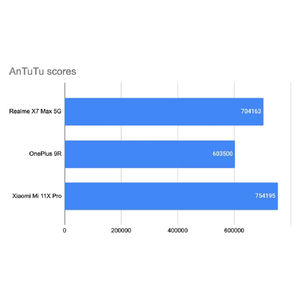 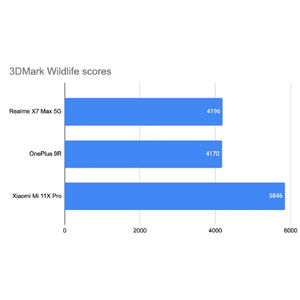 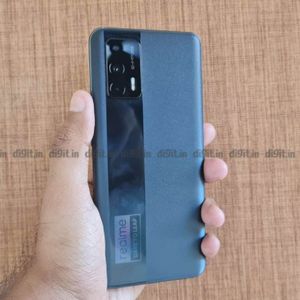 Realme has launched a new phone in India, the X7 Max 5G. It is the first phone in India to be powered by the MediaTek Dimensity 1200 chipset. The phone finally comes to India after weeks of leaks and teasers and it sports an impressive spec sheet.

As an upper mid-range smartphone, the Realme X7 Max 5G offers a lot to like, including its  fast 120Hz refresh rate display, triple rear cameras and a fast-charging battery. However, its biggest selling point remains the powerful MediaTek Dimensity 1200 SoC. 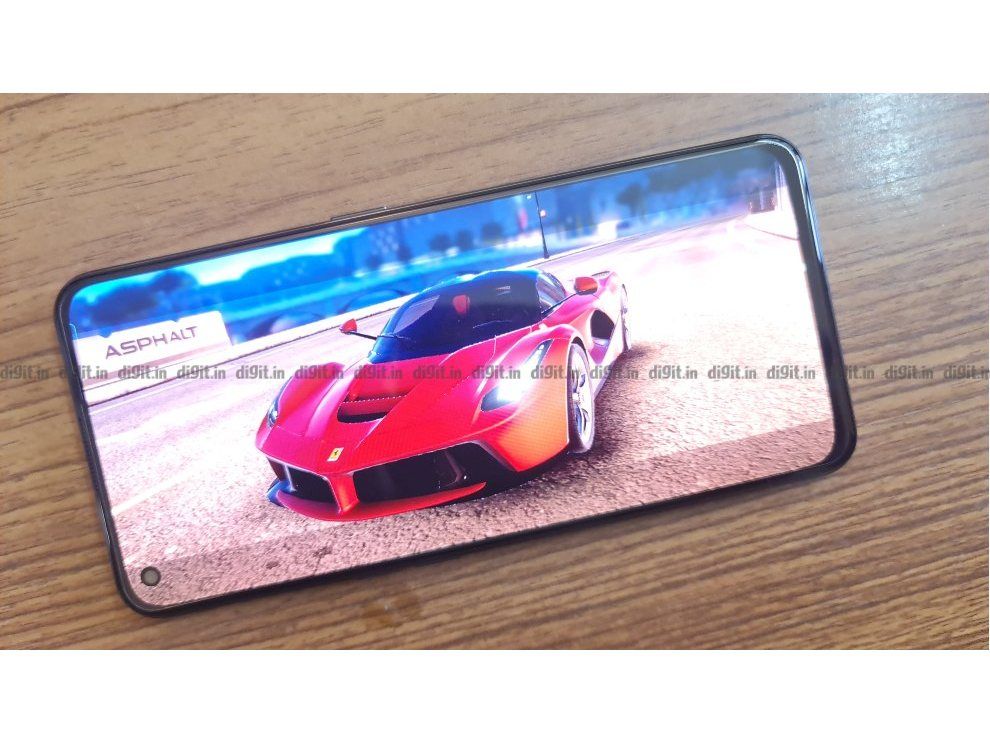 The Realme X7 Max 5G flaunts on the outside a 6.43-inch Super AMOLED display with support for 120Hz refresh rate. This is not adaptive though, with the phone not switching between multiple refresh rates automatically. There is an auto mode though which does see the phone’s panel switch between 120 and 60Hz by itself. The screen comes with a punch-hole cutout for the selfie camera. The panel offers a 20:9 aspect ratio.

The phone has a plastic build and a gradient design on the back panel. The Realme X7 Max 5G is being offered in three colourways: Asteroid Black, Mercury Silver and Milky Way. It measures 8.4 millimetres in thickness and 179 grams.

Realme X7 Max 5G is the first phone in India to be powered by the MediaTek Dimensity 1200 5G processor that has an octa-core CPU. The MediaTek Dimensity 1200 SoC is a 6nm chip that features an octa-core CPU. At the heart of the chip is a prime Cortex-A78 core clocked at 3.0GHz and three Cortex-A78 performance cores running at 2.6GHz and four power-efficient Cortex-A55 cores clocked at 2.0GHz.

This processor is 22 per cent faster and 25 per cent more power-efficient than previous generation processors. For gaming, the MediaTek Dimensity 1200 SoC uses a Mali-G77 GPU, which in the Realme X7 Max 5G's case is paired with up to 12GB of RAM and plenty of storage.

The Dimensity 1200 SoC also promises some extra performance during games with its support for MediaTek HyperEngine 3.0 gaming technology. It also promises to enhance the smartphone gaming experience with improved wireless audio and Ray Traced graphics capabilities. 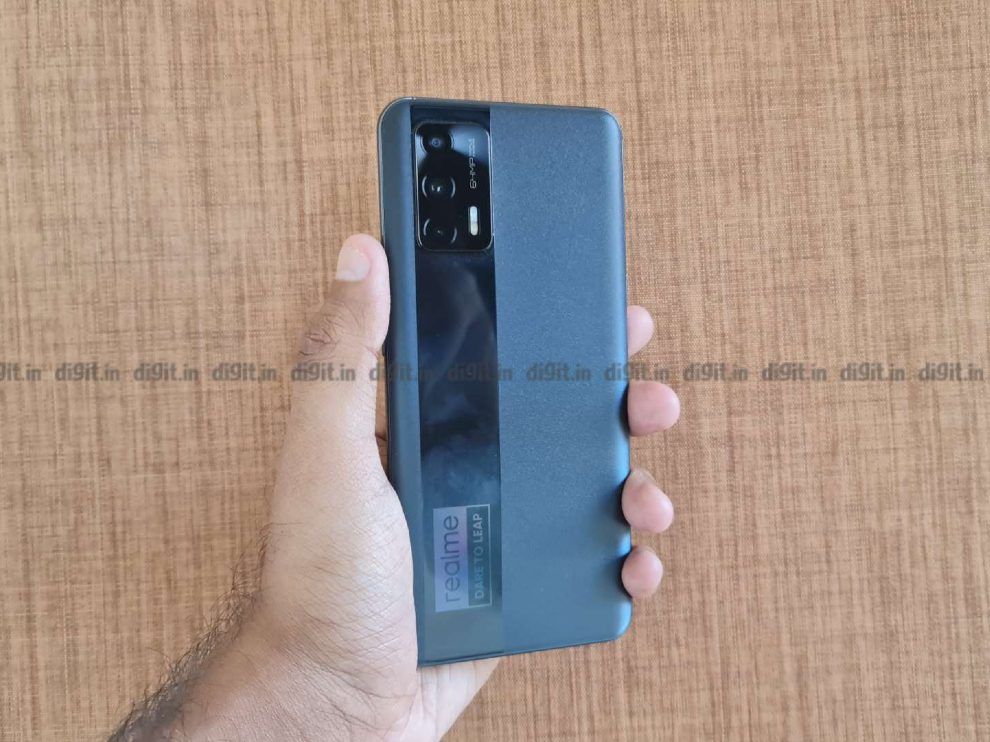 As for cameras, there is a triple camera setup on the back of the Realme X7 Max 5G that consists of a primary 64MP camera with f/a.8 aperture, 8MP ultra-wide-angle camera with 119-degree-field-of-view and 2MP macro camera. The rear cameras can record in 4K at upto 60FPS and are backed by EIS and dual-LED flash. On the front, there is a 16MP selfie camera housed within the punch-hole notch cutout. 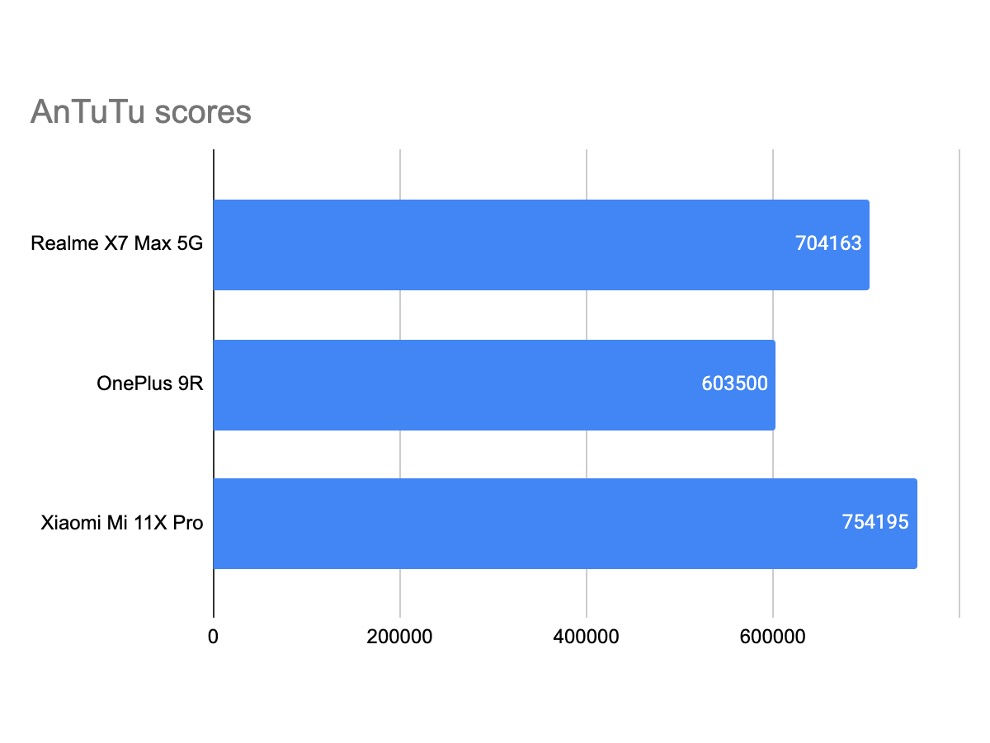 As we found out during our review of the device, the overall performance of the X7 Max 5G is nothing to complain about. In our time with the phone, we found its performance to be satisfactory. It easily handles multiple apps and feels snappy to use regardless of what we ran on it. The Realme X7 Max 5G is also a beast at gaming. It handles popular titles such as Call of Duty Mobile and Asphalt 9 Legends with relative ease. Both games run without any hitches on the device, and we didn't encounter any micro-stutters or frame drops while playing either of the two titles during our review.

The Realme X7 Max 5G is the first phone in India to be powered by the MediaTek Dimensity 1200 SoC. This chipset is quite powerful and helps the phone compete against much more expensive phones like the Mi 11X, Mi 11X Pro, OnePLus 9R and OnePlus 9.

Realme C30 has arrived in India as one of the cheapest smartphones from the brand. It comes with standard entry-grade phone traits like a 60Hz waterdrop LCD panel, a micro-USB port, a 10W charger, up...