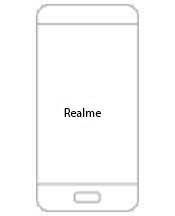 Realme GT Neo Flash is rumoured to be launched in June 2021 & is expected to run on Android 11 OS. The Smartphone is expected to be made available only in one color i.e. Black & will have a built in fingerprint sensor as the primary security feature, along with the host of connectivity options in terms of 3G, 4G, GPS, Wifi, NFC Bluetooth capabilities. The phone will come with 128 GB of internal storage.

As far as the specifications are concerned, the Smartphone is tipped to be powered by 1x3.0 GHz, 3x2.6 GHz, 4x2.0 GHz Octa core MediaTek MT6893 Dimensity 1200 5G Processor. A 8 GB of RAM will help phone run smoothly even the most memory intensive applications without showing any signs of lag.

Realme GT Neo Flash is speculated to boast of dual primary camera of 64 + 8 + 2 megapixel and 16 megapixel front Camera. The Smartphone will have a low camera aperture of f/1.8.

Poco F3 GT has finally been confirmed for launch in India. While the company has not given an exact date of launch for the device yet, they have shared information about the approximate time frame for...