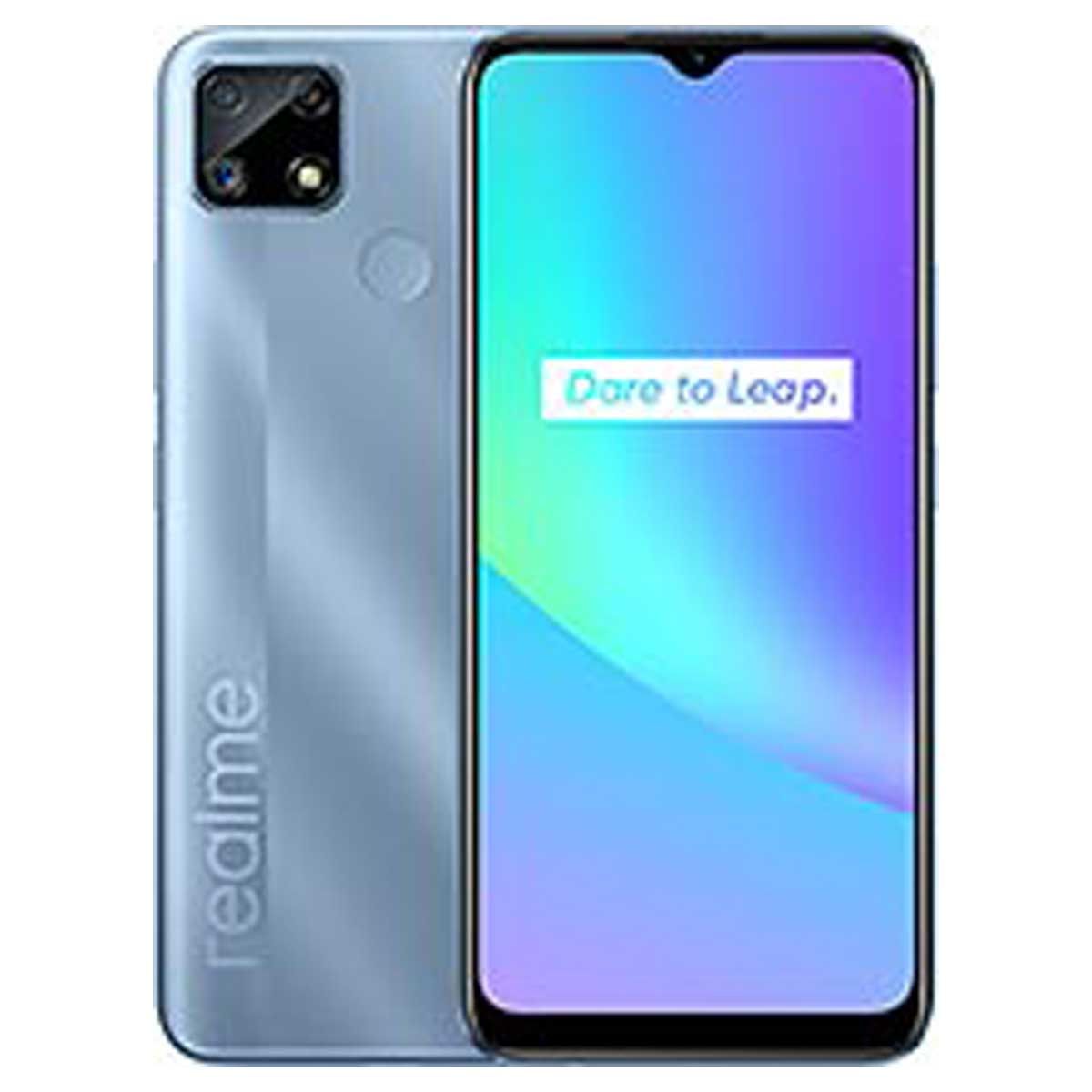 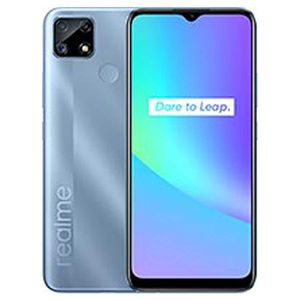 Realme's had a busy 2021, with the company launching a number of new phones this year. The latest being the Realme C20, Realme C21 and the Realme C25. These three are budget segment offerings, that come to India after being launched in other countries earlier in the year. The Realme C25 is the most expensive of these under Rs 10,000 segment phones and comes with a water-drop style notch, a big battery and powerful specifications for the price. It also brings with itself decent cameras and a rich feature list to take on competing smartphones from phone makers such as Redmi, Poco and Samsung. 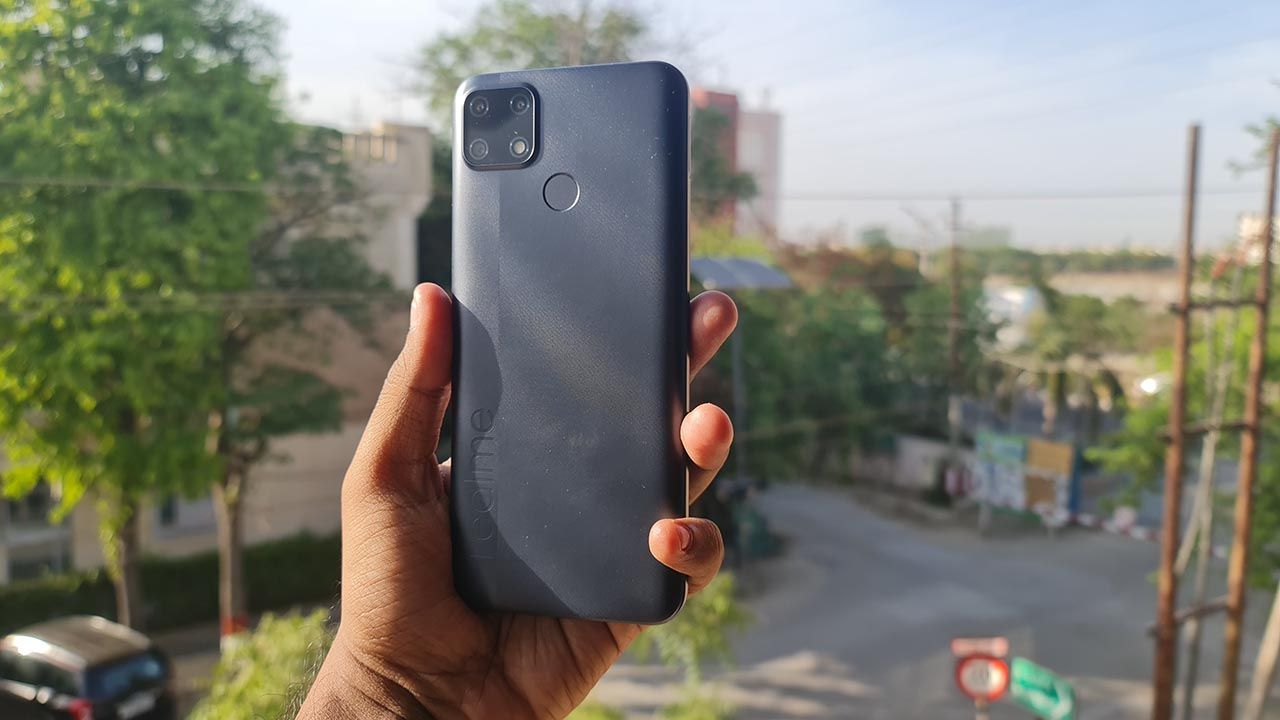 At the heart of the Realme C25's design is a big display at the front and a plastic cover at the back of the phone. For the back, the phone uses a textured design for improved looks and grip. Realme claims this has been created using an industry-leading German five-axis precise radium engraving machine and a further 300 minutes of polishing. Because of this, the device does not pick up smudges easily and is also difficult to scratch. The other big element of the design is the camera module which is in the shape of a square. This module also has engravings that mention the lens, flashlight and camera. Realme C25 will be available in two colors: Watery Grey and Watery Blue. The phone measures 164.5x75.9x9.6mm and weighs 209 grams.

The Realme C25 comes with a large display that is 6.5-inches in size. This is a 20:9 screen that promises a larger field of view for improved experience while playing games and watching movies. There are also very few bezels around the panel to improve the visual experience of the device. This 6.5-inch panel is rated to work at a speed of 60Hz. Further, it's can only churn up to HD+ (720 x 1600 pixels) resolution. 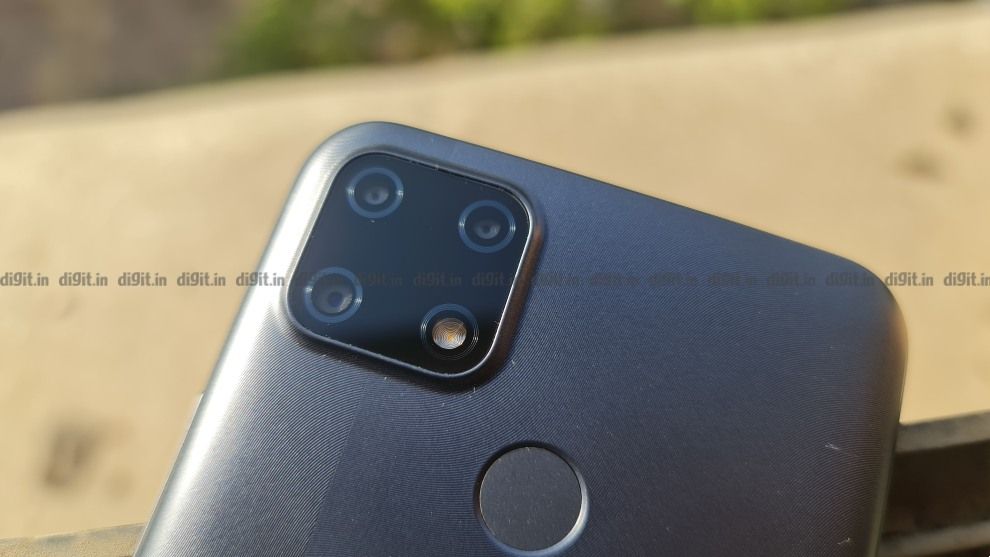 The Realme C25 is powered by an octa-core MediaTek Helio G70 SoC. This is an eight-core 12nm processor that clocks up to 2.0 GHz, and adopts Cortex A75 structure, making it one of the fastest chipsets on a phone in this category. The chipset is claimed to handle most mid-to-heavy apps and games. The chipset also has previously shown good results for the benchmark. The Realme C25 will be available in 2 variants powered by the LPDDR4X RAM. Compared with LPDDR3, the graphic performance is improved by 20% and RAM performance by 100%.

As for storage, the Realme C25 comes with 64GB or 128GB options which can both be expanded using a microSD card through a dedicated slot. The phone also gets a huge 6000mAh battery with which Realme claims could last for 47 days in standby mode. The battery is supplemented by an 18W fast charger. Apart from this, connectivity options include 4G LTE, Wi-FI 802.11ac, Bluetooth v5.0, GPS/ A-GPS, Micro-USB, and a 3.5mm headphone jack. The Realme C25 also comes with a fingerprint sensor at the back.

Realme C25 In NewsView All